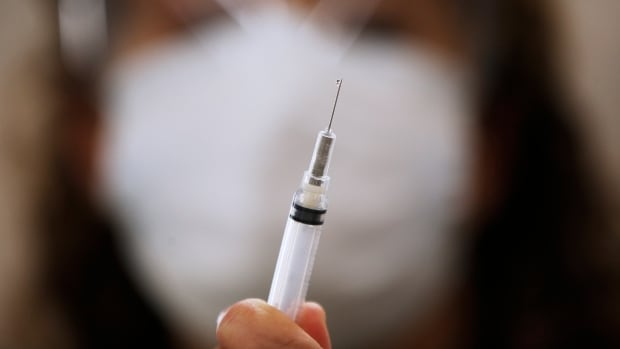 Ongoing delays in shipments of the Pfizer-BioNTech vaccine will likely delay some second doses of the COVID-19 vaccine at Manitoba supersites in Winnipeg and Brandon, the provincial government announced Monday.

Last week, the province stopped taking new appointments at its immunization supersites in Winnipeg and Brandon, after learning it would receive less than half the number of doses it expected to get in the week of Feb. 1, dropping from 5,850 to 2,340.

If the province is forced to postpone some second doses, it will prioritize giving second doses to personal care home residents, said Dr. Joss Reimer, a member of the provincial vaccine implementation task force and medical officer of health with Manitoba Health.

“Right now we have enough in our freezer to provide either the appointments that are booked for next week and the week after, or to provide the second dose to our personal care home residents,” she said.

Starting this week, the province will only administer second doses of the two-dose vaccine at the Winnipeg and Brandon supersites.

The number and length of postponements will depend on how many doses arrive in Manitoba’s next shipment, expected the week of Feb. 8. If they receive enough doses in that shipment, the province will be able to proceed with vaccinations for both care home residents and appointments at the supersites.

These clinics will use the Moderna vaccine rather than Pfizer-BioNTech, supplies of which remain uncertain due to ongoing shipment delays from the manufacturer.

The teams will revisit homes and other sites regularly to offer vaccines to new residents.

Eligible people can book appointments at the supersite set to open at the Thompson Regional Community Centre in Thompson, Man., on Feb. 1.

As of Monday, the province had administered 29,751 first and second vaccine doses — 53.5 per cent of its supply.