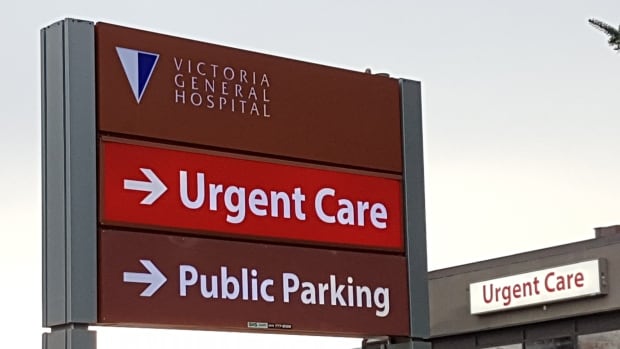 Victoria General Hospital was forced to cancel a third of planned surgeries on Monday after an air conditioning system recently broke down in the Winnipeg hospital.

As a result of higher than normal humidity levels, the hospital had to postpone six of 18 surgeries scheduled for Monday, according to the Winnipeg Regional Health Authority.

“There are protocols in place for all facilities when faced with high heat and humidity, and as such, surgery cancellations may occur during periods of extraordinary weather,” the WRHA said in a statement.

“Efforts are underway to reschedule the postponed surgeries, with the most urgent procedures being prioritized.”

The announcement comes after the hospital brought in a replacement chilling system on Friday. One of two in-house air conditioning units recently broke down, the WRHA said.

The rental unit will be in place until early fall, the health authority says, because a broken part of the facility air conditioning can’t be replaced until then.

The rental unit is also creating “more noise than anticipated,” though is still operating within acceptable sound levels, the WRHA said.

“We are doing everything to reduce the noise levels for hospital neighbours,” the WRHA statement reads.

Winnipeg and other parts of southern Manitoba have experienced heat warnings in recent days. The city reached highs of 37.4 C and 27.6 C on Sunday and Monday, respectively, with humidex values reaching 45 and 36 each day.

The Manitoba Liberal Party said air conditioning failure at Victoria Hospital “has been a long-standing problem” for years, and they criticized successive NDP and PC governments that “did nothing to prevent” the issue.

“In the middle of a surgical backlog, Manitobans are being asked to take on extra risk because NDP and PC governments couldn’t get their act together to do the basic upkeep and maintenance at a major hospital,” MLA and Liberal Leader Dougald Lamont (St. Boniface) said in a statement. “AC in a hospital [is] not a luxury or an option, it makes a difference in patient safety.”

Liberal health critic and MLA Dr. Jon Gerrard (River Heights) said patient safety requires operating rooms to remain below 60 per cent humidity. He suggested when levels rise above that threshold patients may be asked to provide added consent to a procedure due to higher risks associated with heat.

“This needs to be addressed immediately, and quite frankly, it needs to be explained why it hasn’t been done until now,” Gerrard said in a statement.