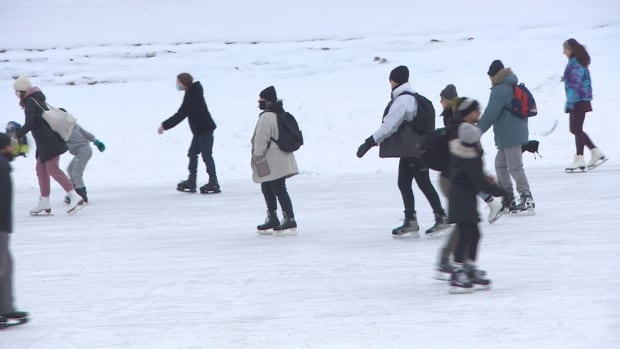 It wasn’t just warmer and milder than a typical Winnipeg winter this past month — it was record-breaking.

Dave Phillips, senior climatologist with Environment Canada, says the temperatures in January were about six degrees warmer than they typically are.

Winnipeg usually has about 34 days with the temperature below minus 20, but this winter, there have been 13 so far.

“It’s really been where is winter?” Phillips said.

Looking back through weather statistics, the afternoon temperatures in November, December and January were warmer than ever, he said.

“You stick a thermometer into Winnipeg and it said ‘Well done.’ Like, I mean, it was roasting,” he said.

“Now, it wasn’t the record warmest in terms of the mean temperature or the minimum, but that afternoon temperature, when people are out, that is absolutely gorgeous.”

Looking to February, Phillips said a stretch of cold days is coming, similar to what Manitoba saw last week.

“Winter has been delayed, but not denied,” he said.

“The second half of winter, the last month or month and a half, is going to be colder than the first half. And the only reason I say that is the first half was missing. It just wasn’t there.”

But it’s not going to be the brutal weather Winnipeggers are used to living through, he said.

Winnipeg will head into a cold snap next weekend, with temperatures dipping below minus 20 and hovering around there for about two weeks, Phillips said.

“Next week, I think next week is going to be the tough week. Survive next week and you’ll be all right.”