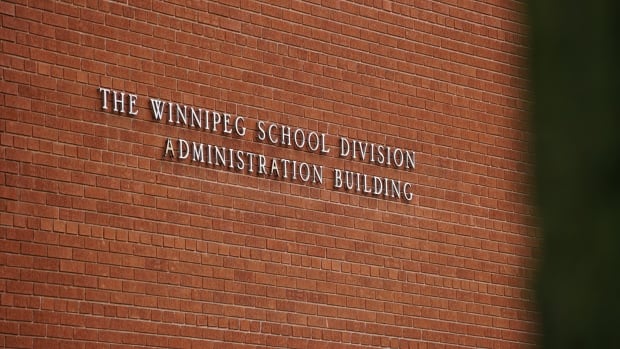 There won’t be police officers regularly stationed in schools in Winnipeg’s largest division next year, a new budget suggests.

The Winnipeg School Division board of trustees passed its 2021-22 budget on Tuesday. Among other cuts, which the board suggested were necessary due to a reduction in funding from the province, the division has opted to eliminate over half a million dollars in funding for its school resource officer (SRO) program.

The decision to cut the $537,174 program was made “solely for financial reasons,” a statement from the division reads.

The final Winnipeg School Division budget that’s being submitted to the province for the next school year totals over $420 million. About three-quarters of that is made of salaries for teachers and other education staff, according to the division.

The division said provincial funding dropped 1.6 per cent for next year, or over $2.9 million, and the province has directing the division to freeze property tax levies at 2020 levels. Combined, the reductions amount to nearly $4.5 million less flowing into the division, according to a WSD release.

“Moving the burden of funding for unique programming onto property owners wouldn’t be our preference, but the province has made even that option unavailable while also ignoring these valued programs,” Betty Edel, chair of the WSD board of trustees, said in a statement.

Cutting the SRO program comes after calls from community groups last year to remove police from schools in Manitoba. Those demands followed the global social and racial justice movements that spread last spring after the death of George Floyd.

The killing of Floyd, an unarmed Black man, was captured on video. It revealed Minneapolis police officer Derek Chauvin pressing on Floyd’s neck for almost nine minutes before he died.

The killing was one of several deadly incidents involving police that served as catalysts for public protests and calls for police reform and abolishment, in the U.S. and north of the border.

Several local community groups formed in the following months calling for the abolishment of the Winnipeg Police Service and for police to be removed from schools.

In September, Winnipeg city councillors voted to renew a contract with divisions that puts officers in schools.

The vote was not unanimous, with Point Douglas Coun. Vivian Santos accusing the local force of “improper policing” and a pattern of systemic racism. Seven Oaks School Division’s superintendent spoke in support of continuing the school resource officer program.

SRO cut not based on review: WSD

The WSD board of trustees requested a review of the SRO program in the division last fall, which led to a survey of views among parents and students in January and February.

WSD spokesperson Radean Carter said the results have not yet been shared with the board.

“The decision to cut the SRO program is not based on any review or public presentations, but on the need to make significant cuts to balance the budget,” Carter said in a statement.

Other WSD budget reductions include cutting $210,000 for a milk subsidy and an estimated $164,250 in potential savings by cutting the number of adult crossing guards.