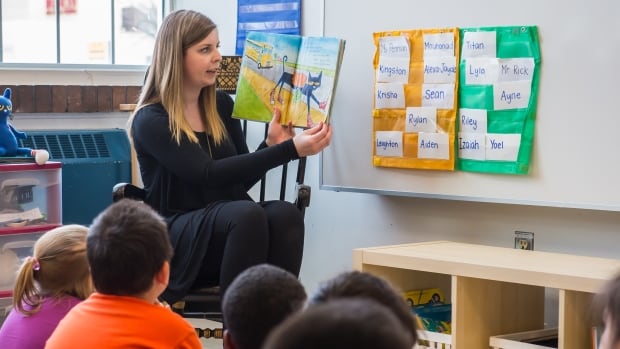 Teachers in the Winnipeg School Division finally have a new collective agreement, making them the last in the province to hammer out a deal.

The Winnipeg School Division’s board chair, Betty Edel, says trustees are satisfied with the agreement, which was ratified Thursday night.

“Our teachers have worked very hard and are dedicated, and during this pandemic they went above and beyond and rose to the challenges,” such as unequal access to technology during remote learning, said Edel.

“They responded to the iniquities, especially in the inner city. They deserve their wage.”

However, the wage increases in the contract come at a cost — between 110 and 120 teaching positions will be cut.

The division currently has more than 2,000 full-time and part-time teachers on staff.

Edel says that’s an unfortunate consequence of paying teachers the wages they deserve.

“We were just trying to figure out how not to put this on the teachers’ back … [and saying] ‘it’s your fault that we’re having to lay some people off,'” said Edel.

“Really it’s that all school divisions are grossly underfunded.”

Provincial funding for Winnipeg School Division dropped by $5 million in the last school year, she said.

While the board reached an agreement with its teachers, the process led to disciplinary action against one of its own.

Trustee Yijie (Jennifer) Chen has been suspended after the school division’s board accused her of breaching its code of conduct twice in a week.

Chen was censured by the board at a meeting on Monday. Tweets she posted referring to the collective bargaining process amounted to publicly disclosing confidential information, the board said.

“Whenever we are discussing collective agreement or employee salaries, we move to [an] in-camera [meeting], and nothing that is on that agenda is public,” said Edel.

“And she made public what we going to be talking about” by tweeting about the meeting, she said.

Chen then posted another message on Twitter, saying she was being censured for tweeting her support of teachers.

I am saddened to announce that in Monday’s meeting the WSD Board voted to censure me due to my tweeting about teachers.<br>I am proud of my support for teachers, and as an elected trustee I believe in transparency &amp;accountability to our teachers, staff, parents, and school community

But Edel says that was not the reason for the disciplinary action — and the vote at Thursday’s meeting to suspend her was because she misrepresented the reasons for her initial censure.

“I never said anything about ‘you’re being censured because you’re supporting teachers, or you’re advocating for teachers,’ because then we would all have a look at each other and censure each other, because we are all there,” said Edel.

When reached by CBC, Chen said she is an outspoken trustee and takes responsibility for her actions. But she didn’t say she regretted her tweets and did not offer an apology.

“I believe in transparency and accountability,” said Chen.

Under the suspension, Chen cannot take part in any trustee business until June 30.