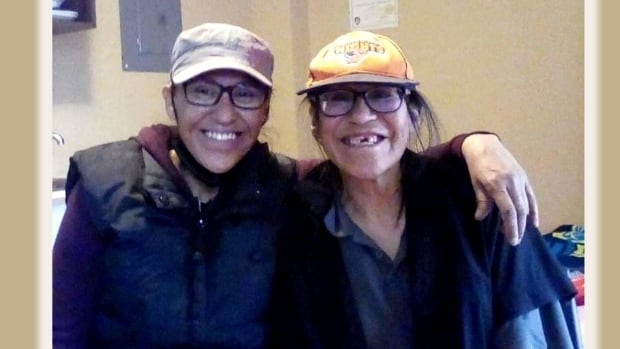 The cousin of a woman who died two weeks ago following a hit-and-run collision in Winnipeg says she was a kind, friendly person and hopes whoever was responsible comes forward.

Grace Blackhawk, 54, was badly injured when she was found lying on Henry Avenue, south of Higgins Avenue, around 11:30 p.m. on May 17, police said.

She was rushed to hospital but died.

Blackhawk was a First Nations woman who lived in Winnipeg most of her life and spent many years living on the street, said Jennifer Joseph, Blackhawk’s first cousin.

Joseph said her cousin struggled with addiction, but despite having a sometimes difficult life, she was always a positive person who liked to make people laugh.

“She always used to smile all the time. She was very cheerful,” Joseph said.

Blackhawk had three children and came from a large family, some of whom reside in the Kenora area while others live near Whitefish Bay, Ont., Joseph said. She recently lost her brother, Peter, who died in April.

The 54-year-old woman was found lying in the road by a couple who were driving in the area that night and called 911, said Const. Jay Murray, a public information officer with the Winnipeg Police Service.

Police believe she was struck by a vehicle, which then fled the scene.

It took police about two weeks to announce her identity. Murray said this was partly because she didn’t have any identification on her when she was found.

However, she wasn’t homeless at the time she died and was living in the area, Murray said.

Police hadn’t made any arrests as of Thursday, but have obtained surveillance footage from around where Blackhawk was struck.

“We’ve been successful in obtaining quite a bit, which has helped us with our investigation so far,” Murray said.

But police are still looking to speak with anyone who might have been in the area that evening.

“Investigators are hard at work at this investigation. I’ve seen that they’ve made a lot of progress so far, but they continue to to work relentlessly on this matter,” he said.

Blackhawk’s family is hoping someone will come forward to take responsibility for the collision. Joseph said it saddened her to find out she was left seriously injured in the road.

She said she hopes the driver will take responsibility.