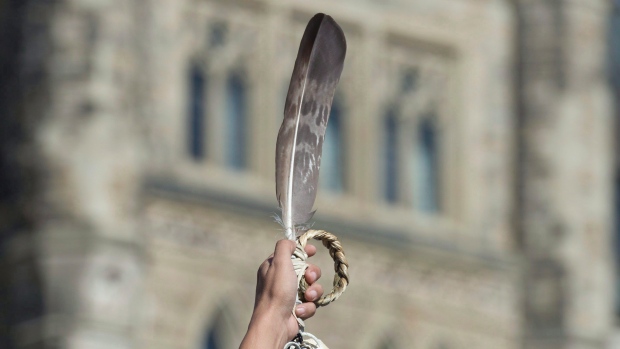 TORONTO — New data from Statistics Canada reveals that more than six in 10 Indigenous women report having been physically or sexually assaulted at some point during their lifetime, compared to more than four in 10 in non-Indigenous women.

The data collected showed that 59 per cent of First Nations women, 64 per cent of Metis women and 44 per cent of Inuit women suffered from psychological, physical or sexual intimate partner violence. Overall, this data represented 61 per cent of Indigenous women.

This figure increased greatly among Indigenous women who are gay, lesbian or bisexual, 83 per cent of which experienced intimate partner abuse.

By contrast, Latin American (47 per cent), Arab (44 per cent) and Black (42 per cent) women are more likely to experience intimate partner violence compared to visible minorities as a whole (29 per cent), according to the report.

This pattern of abuse in young people was consistent among young men in the general population with 26 per cent between age 15 and 24 reporting abuse from an intimate partner.

This report from Statistics Canada comes one year after the Native Women’s Association of Canada’s shocking report on violence against Indigenous women during the COVID-19 pandemic.

The May 2020 survey showed that one in five Indigenous women experienced physical or psychological violence in the previous three months. The survey sparked calls from the organization for a national action plan for missing and murdered Indigenous women and girls.

“We need to have some action. The families of the missing and murdered women and girls and two-spirited (individuals), we’re tired of talk. If you’re going to talk the talk, walk the walk. And I’m not seeing that,” Native Women’s Association President Lorraine Whitman said last May.

— With files from The Canadian Press