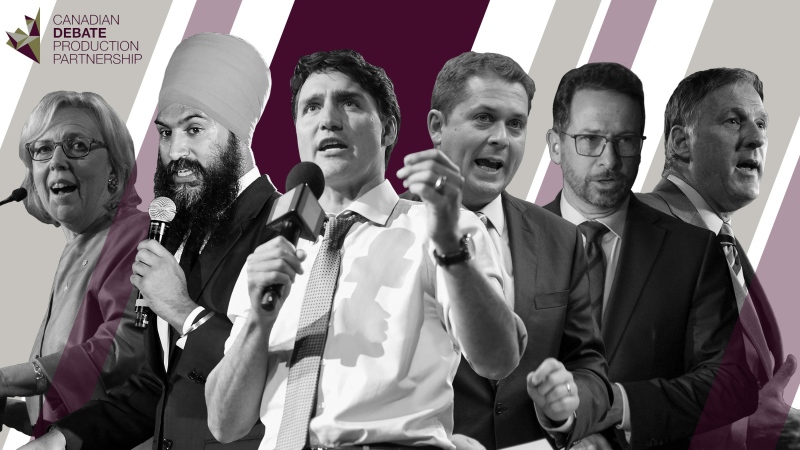 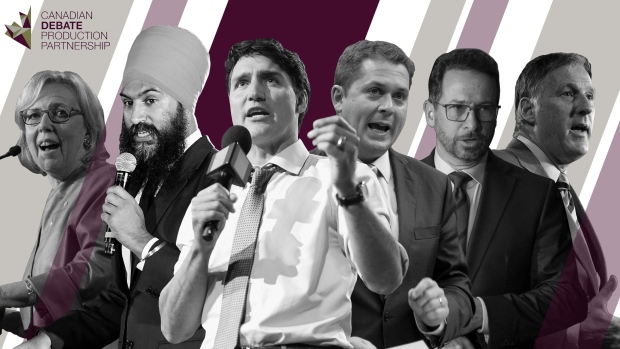 OTTAWA – Tonight the six main federal party leaders are squaring off on stage at the official English-language leaders’ debate of the 2019 election, and arrivals are underway with the main event beginning at 7 p.m. ET.

Election day is two weeks away and tonight’s debate could be pivotal for what has so far been a tight race, with each leader looking to make a positive impression on voters, especially those who remain undecided.

They will be debating each other’s policies, proposals and politics under five themes: affordability and economic insecurity; national and global leadership; Indigenous issues; polarization, human rights and immigration; and environment and energy.

Tonight’s debate, and the French-language debate happening on Wednesday, are being hosted and broadcast by a new partnership of 10 news media organizations called the Canadian Debate Production Partnership, which includes CTV News, and was organized by the Leaders’ Debate Commission.

There are viewing parties happening across the country.

In advance of the debate, there was some pre-showdown posturing, but each leader spent the majority of day 27 of the election hunkered down doing debate prep with their campaign teams.

Reading on an app? Tap here for full experience.