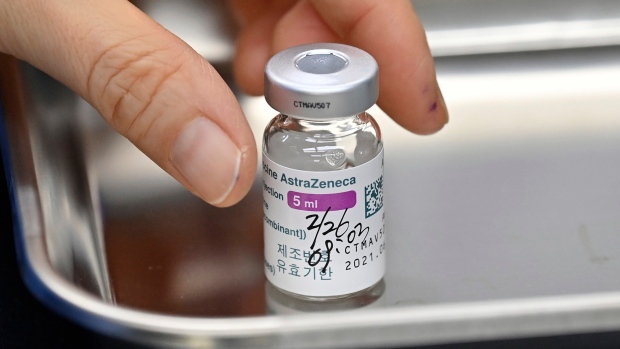 Cheers quickly shifted to confusion upon the approval of a third COVID-19 vaccine for Canadians, with federal officials touting a bolstered arsenal against the pandemic while acknowledging limitations.

But what appears to be contradictory advice is more aligned than it appears, federal officials insisted Tuesday, stressing common ground while trying to combat public confusion over how the Oxford-AstraZeneca vaccine should be deployed.

On the one hand, Health Canada says Oxford-AstraZeneca’s vaccine has been deemed safe for seniors and points to emerging real-world data that shows it can protect older citizens against symptomatic infection.

At the same time, guidelines from the National Advisory Committee on Immunization highlight the product’s lower efficacy rate and suggest it be reserved for people younger than 65 because of limited trial data.

Still, both federal bodies stress the fact Canada now has three vaccines that can drive down hospitalizations and deaths due to COVID-19. They also stress the benefits of receiving an AstraZeneca jab early, even if current data shows it has a lower efficacy than the Pfizer-BioNTech and Moderna shots, which will take longer to reach some groups.

Here’s a closer look at some of the questions raised by Canada’s newest COVID-19 vaccine:

WHY THE MIXED MESSAGES?

While it may seem that Health Canada and NACI are at odds, each body serves different purposes and is answering different questions, explains Dr. Supriya Sharma, the chief medical adviser at Health Canada.

Health Canada’s role is to look at a particular vaccine and determine if it’s safe and effective.

NACI considers how all approved vaccines can be used in the most efficient and effective way. It’s not unusual for this committee — made up of experts in the fields of infectious diseases, immunology, pharmacy, nursing, and social science — to suggest limitations in use, says Sharma.

Still, infectious disease expert Dr. Andrew Morris agrees the message has been muddled and suggests that could have been avoided if NACI stressed the constantly evolving nature of their work.

“I’m pretty certain that the folks at NACI believe that AstraZeneca will turn out to be as useful in older adults as in younger adults but they obviously don’t have data to support that,” says Morris, medical director of the antimicrobial stewardship program at the University Health Network and Sinai Health in Toronto.

“They will definitely review and be willing to change their advice based on new data.”

IS THE OXFORD-ASTRAZENECA VACCINE SAFE FOR SENIORS?

Both Health Canada and NACI stress there were no safety concerns in the clinical studies, nor among the millions of seniors who have received jabs in countries that are giving it to older citizens.

However, Canada does have two other highly efficacious alternatives to AstraZeneca, notes Sharma.

“That’s why NACI says if you have two vaccines with more clinical data and real-world evidence of effectiveness in seniors, then those are the ones we should prioritize for the most vulnerable,” says Sharma.

“Maybe limit Oxford-AstraZeneca to other people for now.”

DOES LOWER EFFICACY MEAN SOME VACCINES ARE NOT AS GOOD AS OTHERS?

While it may be tempting to rank vaccines by efficacy, Sharma says head-to-head comparisons are impossible because each is the result of varying clinical trials. The many differences include when each type of vaccine was tested, who they were tested on and how the results were measured.

Even the same vaccine can have multiple trials with different methods and varying results.

For instance, Sharma notes some data for the Oxford-AstraZeneca vaccine showed efficacy rises to 85 per cent if the gap between doses is 12 weeks. If it’s just four weeks, efficacy was 62 per cent.

“It’s just a caution to not get caught up in absolute numbers that you can’t compare to each other,” said Sharma.

“This is a real communication challenge because for the things that really matter — which is are you going to get really sick from this disease or is it going to kill you? — all the vaccines seem to be equivalent to me,” says Morris.

WHY DOES NACI SUGGEST SENIORS SHOULD BE GIVEN SOME VACCINES OVER OTHERS?

Despite Health Canada’s caution against ranking vaccines, NACI notes the Oxford-AstraZeneca vaccine has “insufficient data” in older adults “to conclude the vaccine is efficacious in this age group.”

Morris says NACI has applied “a pure interpretation of the science,” an approach that can vary among experts.

“The cautious scientist is going to say, ‘Let’s not get burned, let’s wait,’ because they probably see very little downside of waiting,” says Morris.

“Others would say: ‘You know what? We need to just move ahead and and give it to everyone because speed is of the essence.”‘

Sharma says Health Canada agrees with NACI’s advice that seniors receive Pfizer-BioNTech or Moderna shots if possible, “because that’s where we have the most information.”

Nevertheless, seniors shouldn’t wait for a Moderna or Pfizer-BioNTech shot if they can have an AstraZeneca dose sooner, she says.

Sharma says there is already evidence the AstraZeneca vaccine is effective from the real-world experience of millions of people who have received doses over the last two months.

WILL I HAVE A CHOICE?

Morris notes it’s unlikely most people will be able to choose which vaccine they receive since much depends on supply, distribution and logistics in deployment.

However, he expects vaccines will be needed for quite a while.

“Governments can start thinking about, potentially, giving people a different kind of booster over time so that if people get one vaccine, then the next time they get a vaccine, it may be different. There’s all different ways to look at this.”

WHEN WILL WE KNOW MORE ABOUT OXFORD-ASTRAZENECA?

Morris says randomized trials underway in the United States should produce findings in the next 10 days or so, and that should settle the questions about seniors.

“And when those results come out, this will be put to rest finally one way or the other,” he says, believing “we’re spending way too much time on the nuances of this.”

In the meantime, he marvels at how quickly we have an array of vaccines available.

“The rapidity that we got to a vaccine, and that we have multiple vaccines that are amazingly protective, all these things are just absolutely amazing.”

— With files from Mia Rabson in Ottawa

This report by The Canadian Press was first published March 2, 2021.