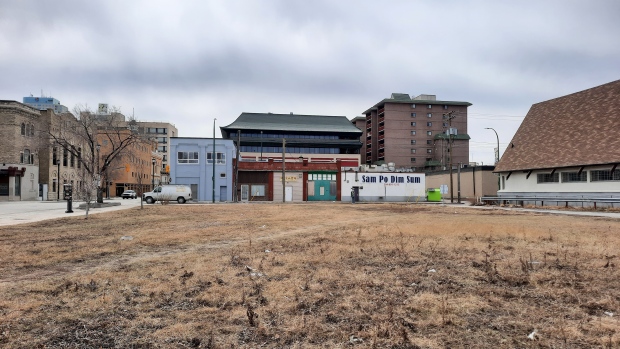 WINNIPEG — Canada’s Chinese communities are calling for the federal government to create a national plan to revitalize Chinatowns across the country struggling amid the pandemic and a rise in anti-Asian racism.

Advocates from six Canadian cities are calling for federal help to create a ‘National Action Plan to Build Back Canada’s Chinatowns.’

The plan calls for economic aid, accessible job creation and training, environmental renewal and investments in infrastructure, and funding for the heritage conservation and cultural revitalization of Chinatowns.

Jennifer Chen, president of Women of Colour Community Leadership Initiative, was among the advocates who took part in creating the plan. She said restaurants and small businesses in Chinatowns have been struggling.

“We know since the onset of COVID-19, Canada’s Chinatowns have been hit especially hard,” she said.

Chen, who is based in Winnipeg, said the city’s Chinatown has been struggling with aging infrastructure and empty lots. She said, in one case, a lot where a restaurant was demolished seven years ago still sits empty.

“Sadly, we have seen more and more empty lots and lack of community-based planning,” she said. “Also, businesses and the residents in Chinatown continue to deal with the increase of anti-Asian racism during COVID.”

Chen said, in Winnipeg, the group is looking for more affordable housing for families and seniors.

“Chinatown is a vibrant community and it holds a unique position in terms of connecting people socially and physically,” she said, adding the action plan would not only benefit the Chinese community

“It also benefits the surrounding areas and also creates a safe space for everyone. So supporting Chinatown is also supporting everyone who lives in the city.”

Groups from five other cities including Montreal, Toronto, Edmonton, Calgary and Vancouver have signed the action plan.

-with files from CTV’s Zachary Kitchen