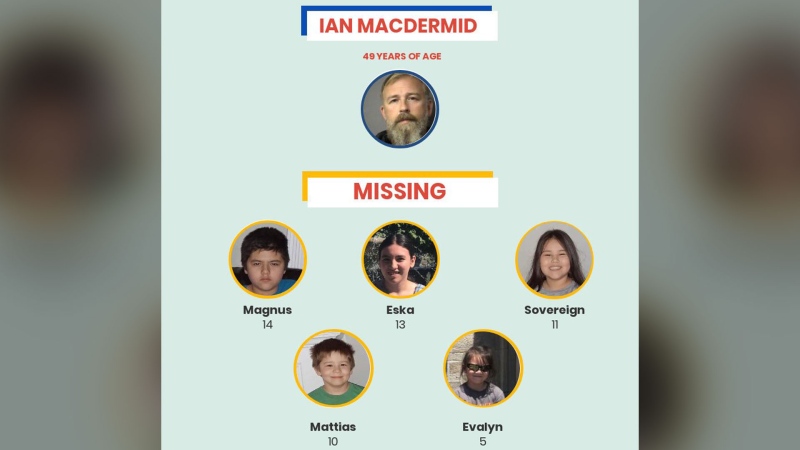 An Amber Alert has been issued for five children allegedly abducted by their father sometime last month from the Niagara Region of southern Ontario, and investigators say they’re worried about the children’s safety.

Eska, 13, Evalyn, 5, Magnus, 14, Mattias, 10, and Sovereign MacDermid, 11, were last seen in the area of Jordan, Ont., which is located approximately 50 kilometres east of Hamilton, according to Niagara Regional Police.

Their current whereabouts is unknown.

Police believe the children were taken from their family home sometime between Sept. 19 and Sept. 25. The alert was issued shortly before 5 p.m. Tuesday.

Police identified the suspect as the children’s 49-year-old father, Ian MacDermid. Police say the father contravened a temporary custody order by failing to return them.

MacDermid is described as being six feet tall and 280 pounds, with blue eyes and brown hair, and was last seen driving a gold or beige pickup truck.

Anyone with information about MacDermid’s whereabouts is urged to call 911.