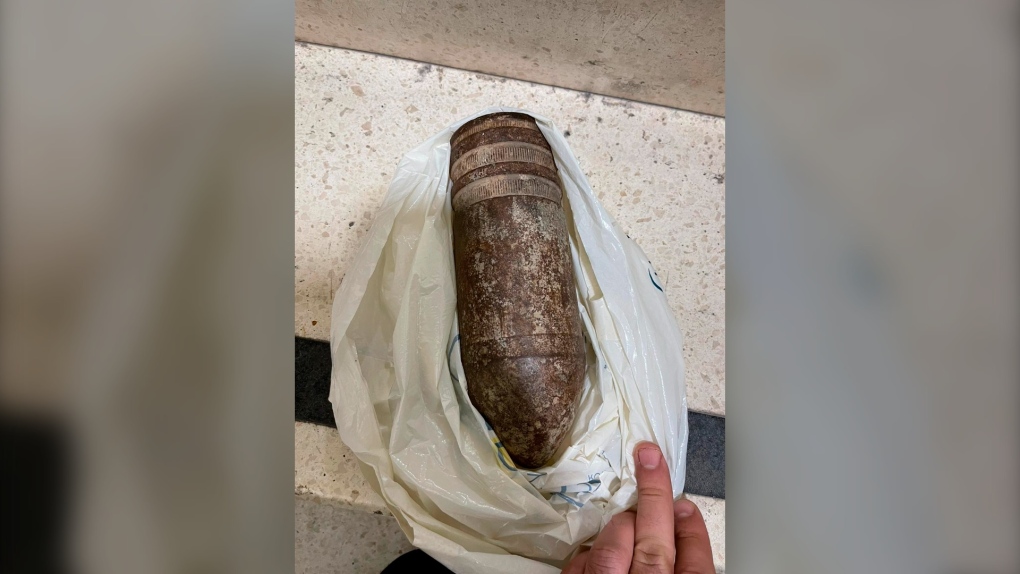 A bomb scare set off scenes of panic at Israel’s airport after an American family showed up with an unexploded artillery shell they had found in the Golan Heights and intended to bring back as a souvenir.

The airport authority said security officers sounded an alert when they discovered the unexploded shell. At least one person was injured after trying to run on a conveyer belt, it said.

Normal operations resumed after the shell was safely removed a short time later. The family was released after questioning.

Israel captured the Golan Heights from Syria in the 1967 war, and the area saw heavy fighting during that war and another Arab-Israeli war six years later. Areas known to contain unexploded munitions are clearly marked and fenced off.

Israel annexed the strategic plateau in 1981 and today it is a major tourist draw, with wineries, popular hiking spots and a small ski resort with a short season. Prime Minister Naftali Bennett announced plans to boost Israeli settlement in the territory in December.

The Trump administration broke with decades of American policy to recognize Israel’s claim to the Golan, making the United States the only country to do so.

Israel says it needs the Golan, which has soaring views over Lebanon and Syria, for its security. Syria has long insisted the entire territory be returned to it in any peace deal.