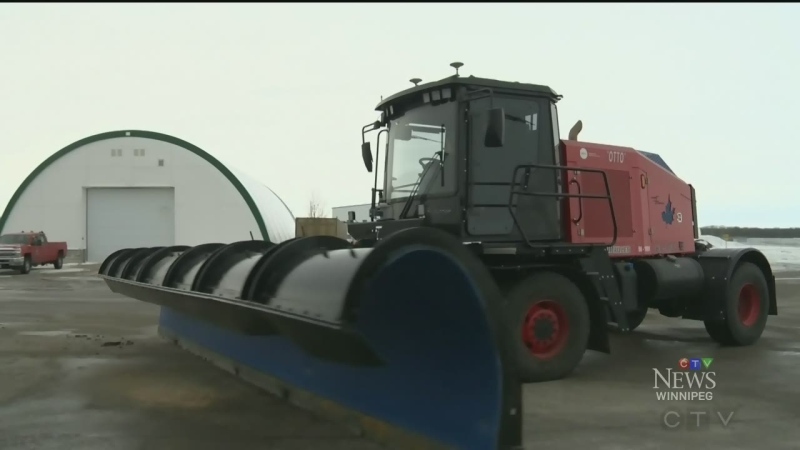 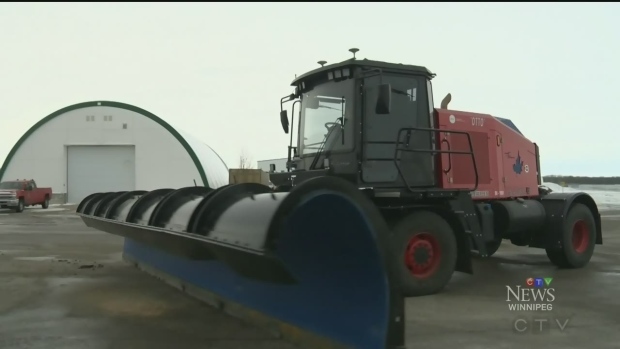 The future has arrived at Winnipeg’s airport.

On Thursday, officials demonstrated a new self-driving snowplow, dubbed “Otto,” that can clear runways of snow without a human driver behind the wheel. It’s the first of its kind in North America.

“We use GPS to guide the vehicle up and down the paths that we want to maintain,” said Otto creator Shawn Schaerer, Northstar Robotics.

The snowplow uses radar to sense any obstacles in its path and avoid them. Schaerer says there are multiple redundancies to prevent Otto from rolling somewhere it isn’t supposed to.

“We’ve got technologies in place that will sense if there’s a failure. And let’s say everything decides to fail at once, which is impossible. We’ve got a big red button, a wireless e-stop the operator can press that will stop it dead in its tracks.”

The Winnipeg Airports Authority believes the technology could dramatically improve efficiency and safety for its snowplow operators, especially during major snowstorms.

“You’ll have times where there’s zero visibility,” said Vince Dancho. “And to drive some of these snowplows through those same conditions are quite difficult.” But not for Otto.

Schaerer said in a year or two, it will be used to clear the entire airport. And in the future, “We want to be in every airport in the world that has snow.”

“And once we’ve conquered airports, we’re going to the streets,” said Schaerer.

It’s a technology the Winnipeg Airports Authority says will not result in any job losses. It says the technology will simply allow snow plow operators to clear a larger area, faster.