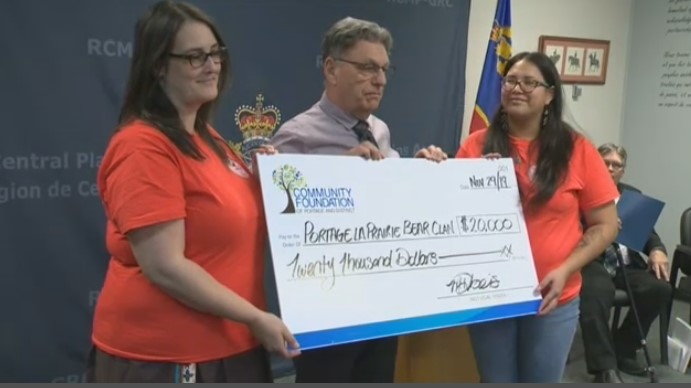 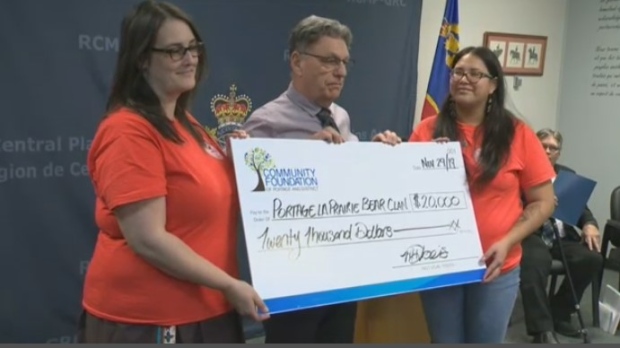 WINNIPEG — A community patrol group with roots in Winnipeg is about to hit the streets in Portage la Prairie, Man.

At a news conference Friday at the Portage RCMP detachment, Bear Clan representatives joined with police and Manitoba government officials to make the announcement.

Manitoba Justice will provide more than $31,000 in funding to the local RCMP to support Portage’s Bear Clan members. The funds will be used to:

Indigenous and Northern Relations Minister Eileen Clarke says the dedication and vision the Bear Clan has shown in Winnipeg bodes well for success in Portage.

“Their work reflects a traditional commitment to holistic health and wellness, building a community together, ” said Clarke.

The Bear Clan Patrol has been patrolling central Winnipeg neighbourhoods since 2015, offering what its website describes as, “…personal security in the inner city in a non-threatening, non-violent and supportive way.”

RCMP Assistant Commissioner Jane MacLatchy applauded the group for its commitment to community engagement, which she said is a critical element of crime prevention.

“The more people that are dedicated to safer communities and being a visible presence, the better.

Partnerships with community crime prevention groups, such as the Bear Clan Patrol, are critical for the RCMP. These groups are a valuable resource to our officers, ” said MacLatchy.

The Bear Clan is also receiving a $20,000 contribution from the Community Foundation of Portage and District, which was also presented Friday.

Vienna Muise, co-chair of the Portage la Prairie Bear Clan, thanked contributors for the support her program needs to be effective.

“Bear Clan is an inclusive organization that strives to provide restoration and maintenance of harmony within the community. This would not be possible without this funding and support,” said Muise.