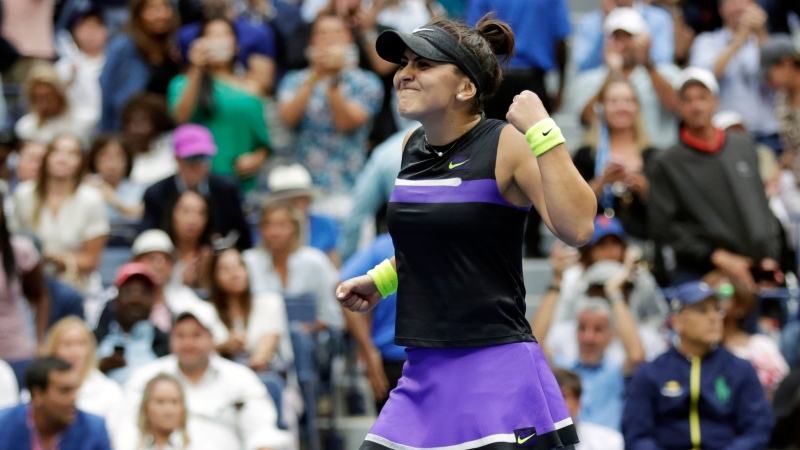 After pumping her fists and congratulating Williams on a well-played match, Andreescu lay on the court, covering her face as she processed the win.

She then stood and made a heart shape with her hands before climbing a ladder to get into the stands and hug her parents.

The final was a rematch of last month’s Rogers Cup women’s championship in Toronto, which Andreescu won when Williams retired down 3-1 in the first set.

That match lasted less than 20 minutes and gave Andreescu her second WTA victory of the season.