WINNIPEG — New data from the province on COVID-19 infections shows Manitoba’s BIPOC (Black, Indigenous, People of Colour) population has been greatly impacted by the pandemic.

She said white people make up 64 per cent of the population.

“When we look at all BIPOC communities combined, Black, Indigenous, people of colour, they make up only 37 per cent of the population.”

The data also found that the Southeast Asian population was the most overrepresented.

African and South Asian Manitobans are also near the top of the list for being the most overrepresented ethnic groups. 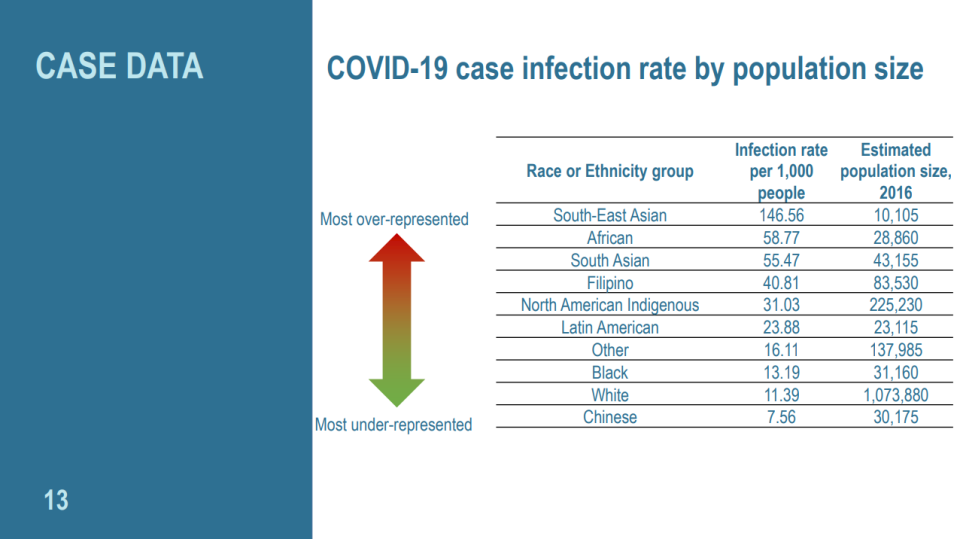 “The groups that are most affected from BIPOC communities have upwards fivefold greater infection rates than people who self-identify as white.”

Anderson said there are many factors for why some ethnic groups have been overrepresented during the pandemic.

“Racialized communities have higher rates of both housing and income insecurities, and also that they are more likely to be in work settings that have shown to be higher risk.”

The province also found that from December onward, BIPOC communities have had more cases of COVID-19 compared to white people, while earlier on in the pandemic, the numbers were equal. 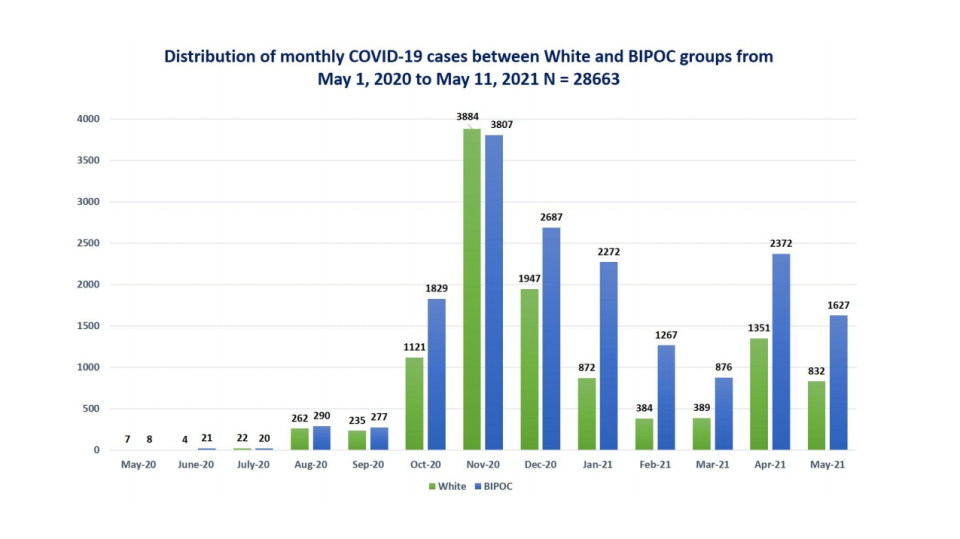 “As the vaccine rollout preceded we can see that the difference becomes amplified and consistent, with 37 per cent of the population, those who identify as a being part of a BIPOC community, become the majority of the case consistently.”

Anderson added that she is not aware of any data that says BIPOC communities are more likely not following the current health orders.

She also noted the information shows the systemic barriers that BIPOC communities have faced in the health-care system could be similar challenges in accessing the COVID-19 vaccine.

What this information means for the vaccine rollout, according to Anderson, is the province could work on vaccine locations, community involvement, accessible appointments, and minimal transportation requirements.

“When outreach is led by community for community, it has generally been shown to be more successful.”