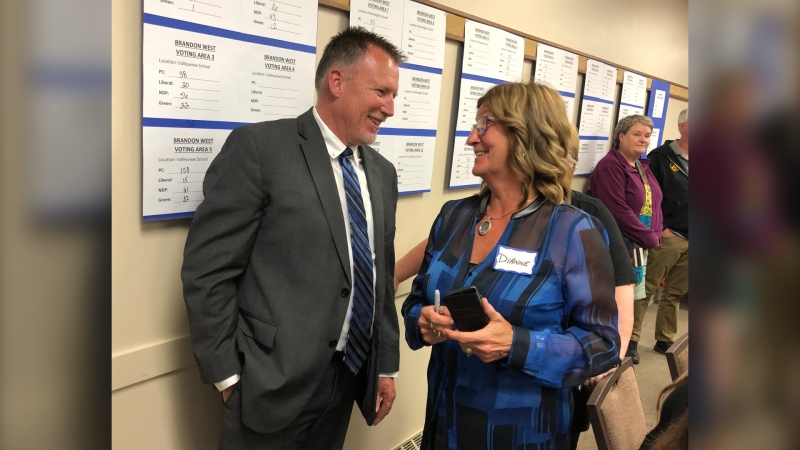 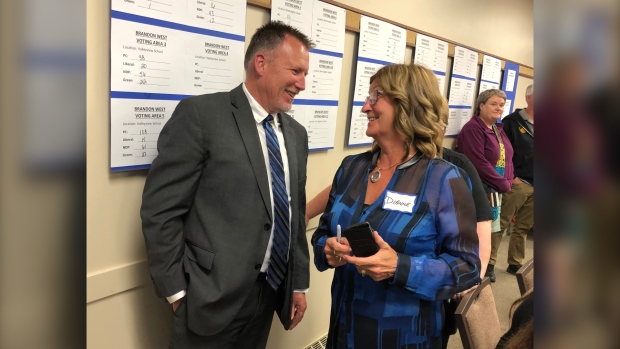 One of the races to watch was in Brandon East.

The constituency was an NDP stronghold for decades, but in 2016 Len Isleifson flipped it for the PCs.

Tuesday night he took the seat for a second time by more than 960 votes, according to Elections Manitoba’s unofficial results.

“Thank you very much. This is just the beginning,” Isleifson told a room of his supporters.

Isleifson said he didn’t take being the incumbent for granted and was out in the community door-knocking before the 28-day campaign began.

“I’ve been out since June so it was a three-month campaign for me,” he said.

Isleifson said coming into election night he was cautiously optimistic and credits his success to getting out in the community and listening to voters.

Isleifson is looking forward to continuing the work of Brian Pallister’s government in the years ahead, he said, starting with a new economic development office in Brandon, as well as lowering taxes and improving health care.

“Which includes addictions and mental health and we need to work on that,” he said.

Patterson said in the days ahead her team will analyze what went wrong, and described the campaign as a whirlwind.

“Would I have liked to have a little more time to talk to more people? Sure. Do I wish more people were home in Brandon over the summer so I could talk to them, yeah, that’s for sure,” she said.