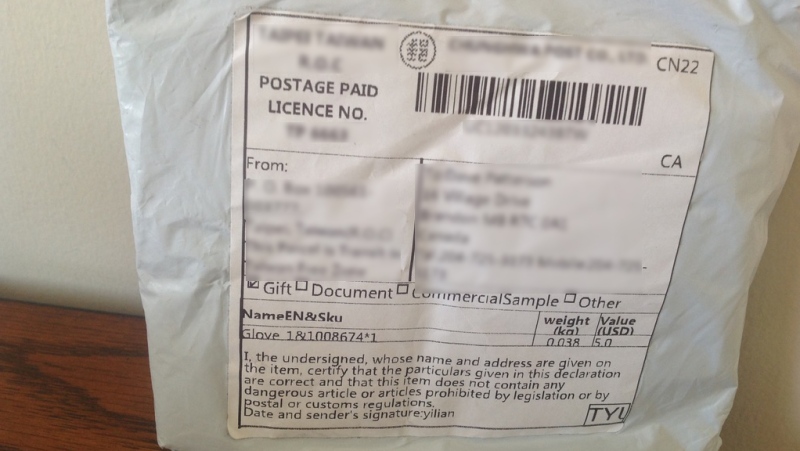 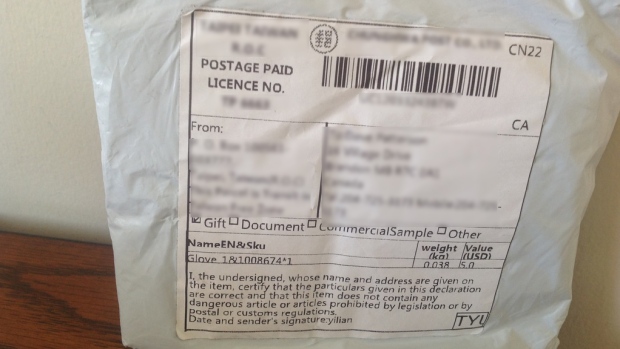 WINNIPEG — A Brandon woman is the latest in a growing list of Canadians to receive strange seeds in the mail.

Jolene Patterson and her husband were on vacation at their cabin when they received a call from their neighbour about a strange package.

The package was addressed to Patterson’s husband and was from China.

“My neighbour let me know Canada Post delivered a package from China that sounded like there were seeds inside of it,” she said.

Thinking it was strange, the package wasn’t opened until Patterson saw a CTV News article about other Canadians receiving similar packages.

Inside the unsolicited package labelled “gloves,” was a six-inch bag of seeds.

Patterson called the Canadian Food Inspection Agency and was told to place the seeds in the freezer to kill potential insects.

“I have concern and curiosity from what I have read,” she said. “It could have come from any website that a person is signed up to.”

Patterson said the agency told her it would pick up the seeds or have her drop it off at a research centre.

“Do not plant seeds from unknown origins,” the CFIA wrote in an online warning. “Unauthorized seeds could be the seeds of invasive plants, or carry plant pests, which can be harmful when introduced into Canada.”

The CFIA is urging anyone who receives these seeds to contact their regional CFIA office and keep the package until an inspector contacts you.

The United States Department of Agriculture issued a similar warning on Tuesday, stating it’s believed the seeds are part of a “brushing scam,” in which a seller sends someone a cheap product or empty box, and then uses that shipment information to create a fake review for the company, which can boost its rating on e-commerce sites.

-With files from CTV’s Ben Cousins and Stephanie Tsicos