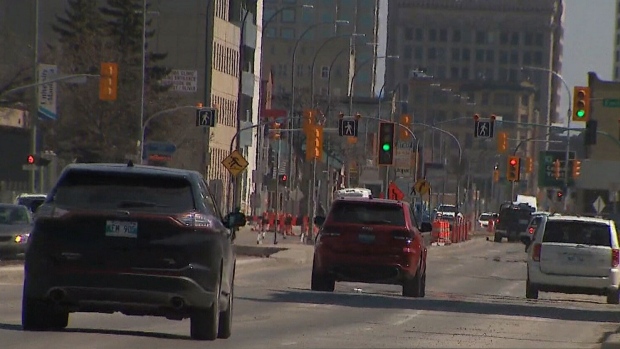 “MPI releases its annual top five fraud list to raise awareness about the costs related to auto insurance fraud – about $50 per customer yearly,” said Curtis Wennberg, who is the chief operating officer for MPI, in a news release.

At the top of the list is an incident where MPI said a man reported that his new trailer had been stolen from a community in rural Manitoba.

MPI said the trailer was found outside of the town and burned on a gravel road.

A Special Investigation Unit (SIU) investigator went to the scene and took photos of the burned-out trailer and tried to determine the route the trailer would have been taken.

The investigator noticed a surveillance camera nearby pointing towards the highway and upon reviewing the footage, the investigator found the trailer was being towed around midnight by a truck that was similar to the one of the trailer’s owner.

The SIU investigator also found out that the owner had financial issues.

“During the interview with the SIU investigator, the insured denied having any involvement with the theft. However, he was not willing to allow MPI access to his truck so the investigator could download data from it which would help to determine where the vehicle was on the night of the theft,” MPI said in a news release.

Following the interview, the owner of the trailer withdrew his claim and MPI estimates it saved $37,000.

The second incident on the list happened after a woman was injured in a crash. She was able to return to her job part-time but was not able to work full-time because of physical demands.

Despite the part-time employment, she was able to receive MPI’s Income Replacement Indemnity (IRI) which is determined from income tax documents.

MPI said an IRI calculator noticed some problems in a letter and an email that the woman submitted from an accounting firm.

MPI called the accounting firm and it was determined the email and letter were fabricated.

Investigators then reviewed the woman’s information and found “numerous anomalies” regarding her tax information.

MPI said there were several points where the information was edited, including two different years where she had the exact same income down to the cent.

Another incident MPI reported involved an alleged rabbit causing a driver to hit a light standard.

A 20-year-old man told MPI that he had to slam on the brakes after a rabbit ran in front of him and it caused him to hit the light.

During the investigation, investigators found several “irregularities” in the driver’s story. They also found the man was dealing with financial issues.

Investigators downloaded the vehicle’s Crash Data Recorder and found that the vehicle was actually accelerating when it crashed.

Number four on the list happened after a man said he couldn’t work after being involved in a crash.

Investigators found that the 33-year-old man had been regularly working at a retail outlet in Winnipeg and even served an MPI investigator.

MPI confronted the man about the situation and he said he wasn’t working but that he was volunteering.

His benefits were terminated and it resulted in $300,000 worth of savings.

The last incident on the list also involved a man who was involved in a crash. MPI said the man was too traumatized to drive and that he was also uncomfortable being a passenger.

MPI said he was unable to continue his job as a real estate agent and he started receiving Income Replacement benefits.

As time passed, an MPI case manager noticed some problems and passed the case onto SIU.

Investigators watched the man and found he had returned to work and was regularly showing houses and driving all over the city.

“On one occasion, the case manager called the man, who whispered over the phone he couldn’t speak because he was at the doctor’s office. During this conversation, the man was in fact showing a house with clients, while also being observed by investigators,” MPI said.

MPI ultimately denied his claim which led to savings of nearly $110,000.

Since the end of November, MPI said it has saved more than $13 million.