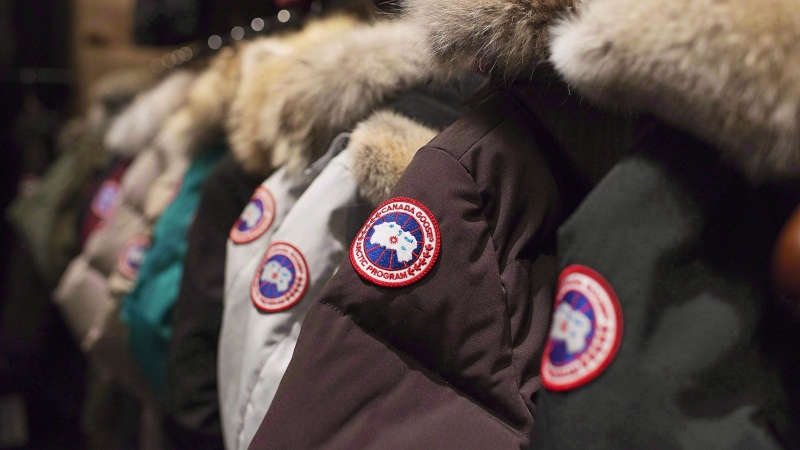 Canada Goose has delayed opening a flagship store in Beijing as tensions grow between China and Ottawa.

Relations have been strained since the arrest of Meng Wanzhou, the chief financial officer of telecoms giant Huawei, in Vancouver on Dec. 1 at the request of the United States.

Chinese social media users have threatened to boycott the luxury brand since the arrest.

The Toronto-based maker of premium parkas said on its Weibo account late Friday that it was postponing the store’s debut, scheduled for Saturday in Beijing’s trendy Sanlitun district, “due to construction reasons.”

“Canada Goose continues to move forward with our expansion plans in China,” the company said in a statement sent to CTVNews.ca.

“However, our Beijing store has been delayed slightly due to ongoing construction. We look forward to opening our newest store in the near future, but first and foremost we want to ensure that we provide the best experience for our fans and customers. “

Canada Goose, which sells Arctic-ready coats with a price tag of more than $1,000, opened a store in Hong Kong last month.

“But this is the other side of that. If something goes sideways with Canada they’re so much affiliated with Canada that they’re going to go with it.”

Winder said if the row continues it could have a material impact on the brand.

“Some folks in China see this almost as a kidnapping, so with that kind of sentiment, you look at a national champion like Huawei, this hits to their hearts a little bit,” Winder said.

Canada Goose launched a strategy for long-term growth in China in May, which includes a regional head office in Shanghai.

“As the world’s largest luxury market, the opportunity for Canada Goose in China is massive,” Dani Reiss, the company’s president and chief executive officer said at the time.

“We have already seen exceptional demand from Chinese consumers – locally and internationally – for years. We are making significant investments and putting the right people and partners in place now, to drive long-term brand affinity and a sustainable business for years to come.”

Two Canadians, Michael Kovrig, a former diplomat in China, and Michael Spavor, an entrepreneur who lived in northeastern China near the North Korean border, were taken into custody Monday on suspicion of “engaging in activities that endanger the national security” of China.

Some saw the move as retaliation for Meng’s arrest, which China denies.

The U.S. wants Huawei executive Meng extradited to face charges that she and her company misled banks about the company’s business dealings in Iran. A Canadian judge released Meng on bail Tuesday.