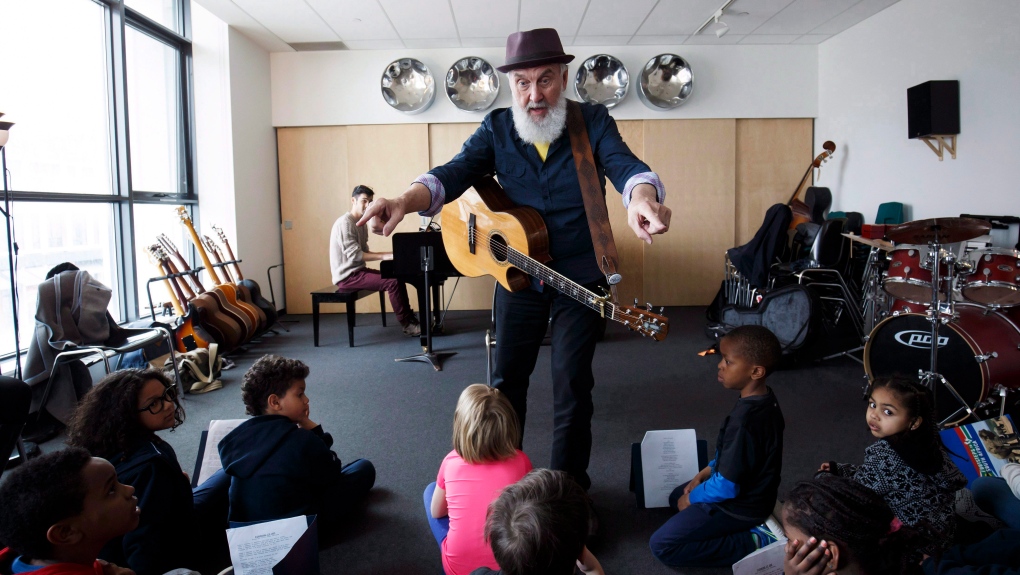 More than four decades ago Canadian kids were introduced to Fred Penner and his hit song ‘The Cat Came Back’ – but the original lyrics to the century-old folk tune had a pretty grim and violent message before the Canadian icon got hold of it.

Fred Penner is back on tour, celebrating the 40th anniversary of his debut album, ‘The Cat Came Back.’ He brings the show to his hometown at the Winnipeg International Children’s Festival starting Thursday.

Penner released the title track of the album, The Cat Came Back, in 1979. However, the original lyrics to the 1893 tune give the song quite a different message.

Given that violence is a sad reality for many in today’s world, he decided to change the lyrics.

“The original verses that I put on The Cat Came Back were more like ‘Wile E. Coyote and the Road Runner,’ the kind of insane explosion of things happening, and he always survived – he always came back.”

Now 43 years later, the song remains a Canadian classic for generations of children who grew up listening to Penner.

“The music that I do brings people to a point of remembering the joy of singing together and that’s what this truly is all about,” he said.

Watch the full interview with Fred Penner to hear more on the story behind the song, and the philosophy he hopes can make a difference in the life of a child.