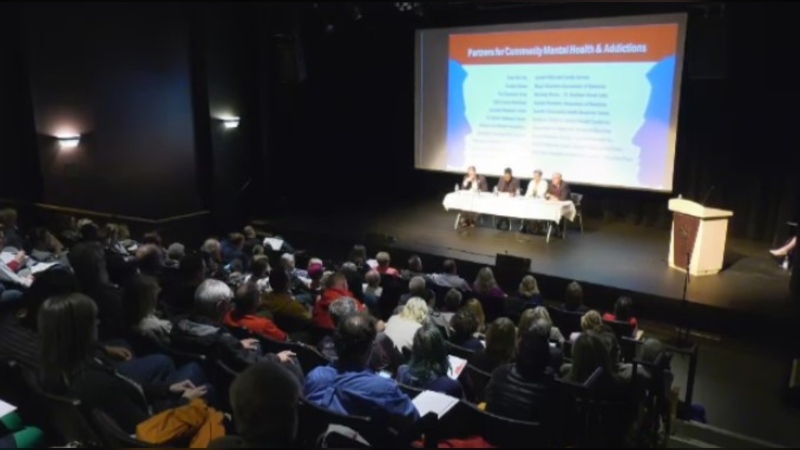 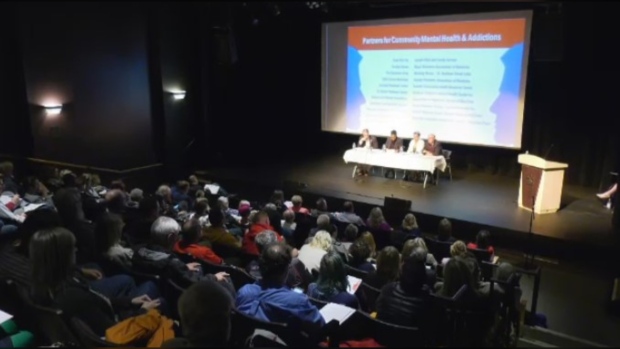 Candidates from every party answered formal questions and later took some from the audience.  Many of those in attendance were health-care system workers.

Janice Lankester, who is part of a support group for families coping with the impact of mental health issues, says helping young people sooner is critical.

“How do we get more psychiatrists to help kids at early ages?” Linklater said.

Linklater’s group helps parents like Joyce Marozas, whose daughter just got off a waiting list for a behavioural therapy program.

Marozas says her daughter was a danger to herself and to others.

“She tried to commit suicide at least ten times. She’s terminal. A person with cancer gets treatment. They don’t have to wait seven months or eight months to get into the hospital.”

Three parties have made promises to boost support for mental health and addiction treatment in Manitoba.

The PCs said if re-elected it will create 12 new treatment and waiting spaces for people addicted to meth, and promise the creation of a medical sobering unit to help tackle street drugs.