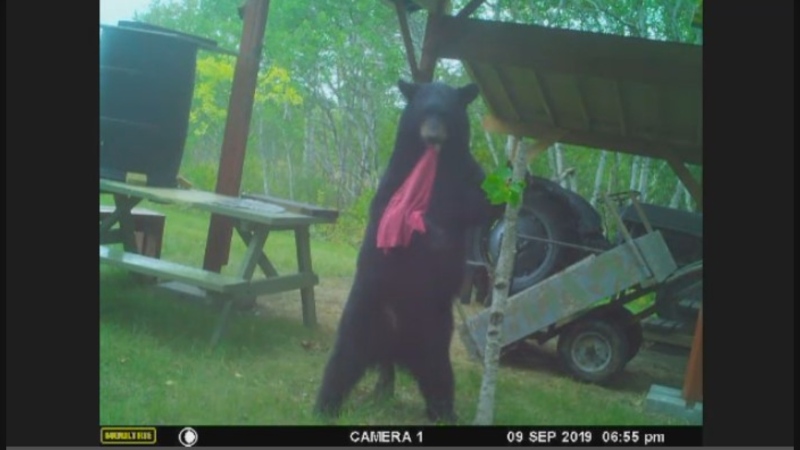 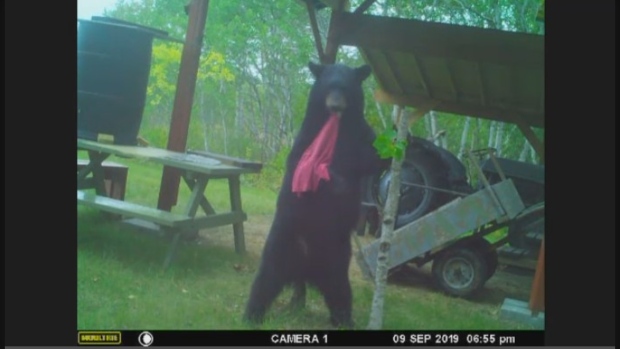 A resourceful bear was caught on camera using his surroundings to scratch a hard-to-reach itch.

Leon Myskiw said he’d been having trouble with a bear damaging his property in the Interlake region, so he decided to put up a game camera to see what the furry creature was up to.

Then on Sept. 9 he made an unexpected discovery – the video shows the bear, rag in hand, seemingly dancing while using a tree stump to try and relieve a difficult itch.

Myskiw said when he saw the video he thought, “Well that was funny, it’s going to be hard to eliminate the bear now because he’s so cute.”

He notes the bear comes to his property once or twice a week, and he’s just going to continue to allow it to keep coming back.