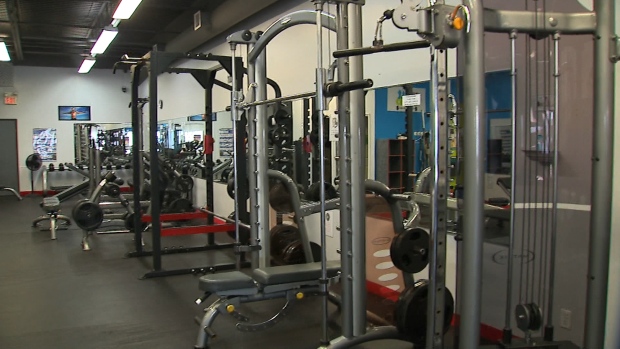 WINNIPEG — The City of Winnipeg has been allowing its employees to use gyms and fitness centres at its facilities amid code red restrictions due to an exemption for governments in health orders.

The City of Winnipeg confirmed to CTV News on Tuesday evening that fitness facilities in Winnipeg Fire Paramedic Service and Winnipeg Police Service stations, along with six other facilities, have been open and operating for city employees only under a reduced capacity limit.

The city said these centres were used predominantly by first responders working in or near the buildings.

Dr. Brent Roussin, the chief provincial public health officer, said while the City of Winnipeg was not specifically given permission to operate its in-house gyms, the health orders that required gyms and fitness centres to close do not apply to any level of government.

“We expect governments to be able to regulate and so we’re not going to tell governments how they function,” Roussin said. “If they feel that they could have limited capacity and run these gyms for their employees for certain reasons, then we’re not regulating that.”

Roussin said if gyms and fitness centres were allowed to open across Manitoba, it could cause cases to spike.

He said he was aware that health inspectors visited some of the gyms operating at City of Winnipeg facilities, and found them safe.

“I’m disappointed in myself for being so distracted with the business at City Hall to have not raised the issue sooner than when I became aware today that the City was not covered under the blanket rules assigned by (the) Province,” Nason said in a statement to CTV News.

“Even though I didn’t access the gym at any time during the Code Red restrictions, we should respect the provincial orders and align ourselves with so many that have had to shutter their businesses due (to) this unprecedented time.”

A spokesperson for the city told CTV News the city was not aware until today that it was being allowed to operate its fitness centres solely because it is a municipal government.

“Several months ago, we sought clarification from provincial public health officials on whether fitness facilities within civic workplaces accessible only to, and for City employees, could remain open,” the spokesperson said in a statement.

“The province advised us that these facilities could in fact continue to operate provided posted capacity limits and physical guidelines were maintained and adhered to.”

Despite the exemption, they said effective immediately the city is closing its employee fitness centres.

“We will continue to encourage our employees to explore alternative ways of maintaining their physical health while adhering to public health guidelines,” they said.