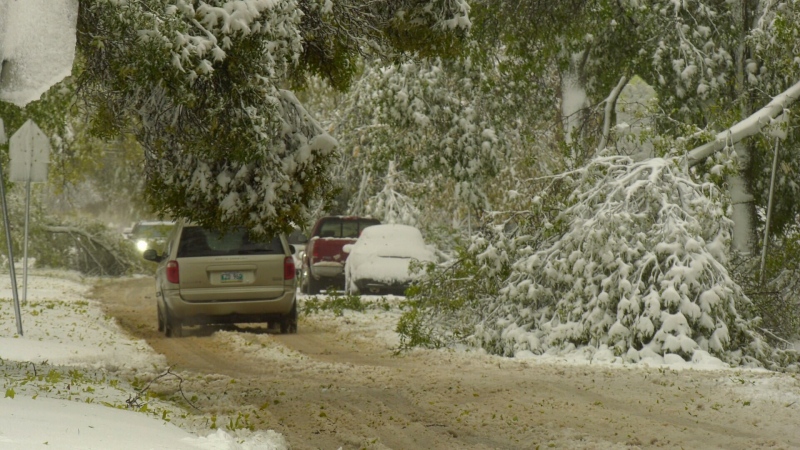 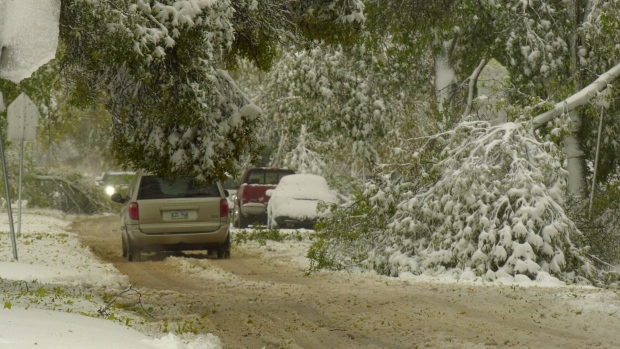 WINNIPEG — Some of costs of the October snow storm are rolling into Winnipeg city hall.

A report to the finance committee says tree branch cleanup, snow and ice removal and other expenses for the water and waste department will total $7.9 million.

The report suggests these numbers are initial estimates.

“Clean-up efforts are on-going and estimates included in this report represent best estimates at the time of report preparation,” says the report.

“The costs being reported above only represent incremental costs and are not the full cost of the event.”

A portion of the expenses are in part pushing up the year-end deficit projection, now at $9.4 million.

The city is waiting on word from the province for help through the Disaster Financial Assistance Program.

The report is recommending if need be the city’s rainy day fund be used to cover the shortfall.