The city has tapped into some fire hydrants as water stations to keep Winnipeggers hydrated amid sweltering heat.

It’s part of the city’s hydration station pilot project, which went live on Friday. Lisa Gilmour, an emergency management coordinator with City of Winnipeg, said the project essentially sees the stations tap into the city’s water system through fire hydrants.

“It comes right out of the system. It’s cool clean drinking water, same as you would get from a tap in a house,” Gilmour told CTV News.

“We also worked with our community services department to identify areas where we felt there would be a big need for the water and where there’s not a lot available.” 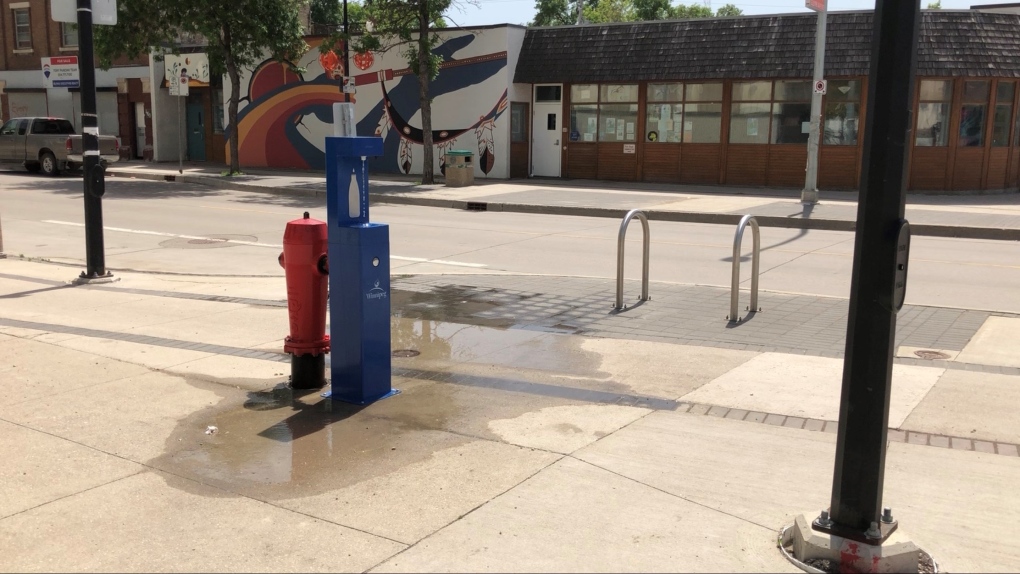 Currently the city has three hydration stations up and running – at Central Park, Selkirk Avenue at Powers Street and at the Broadway Neighbourhood Centre.

It comes as the city grapples with soaring temperatures. A heat warning for the City of Winnipeg from Environment and Climate Change Canada said temperatures will be in the mid 30s with humidex values over 40.

The heat prompted the Manitoba Marathon to pull the plug on the race Sunday morning, telling runners to turn back midway through as the high temperatures were not safe for the athletes.

The Bear Clan Patrol has been out in the city to help those struggling with the temperatures. Kevin Walker, interim executive director of the Bear Clan Patrol, said teams were out and about Sunday handing out water, fresh fruit and sandwiches. 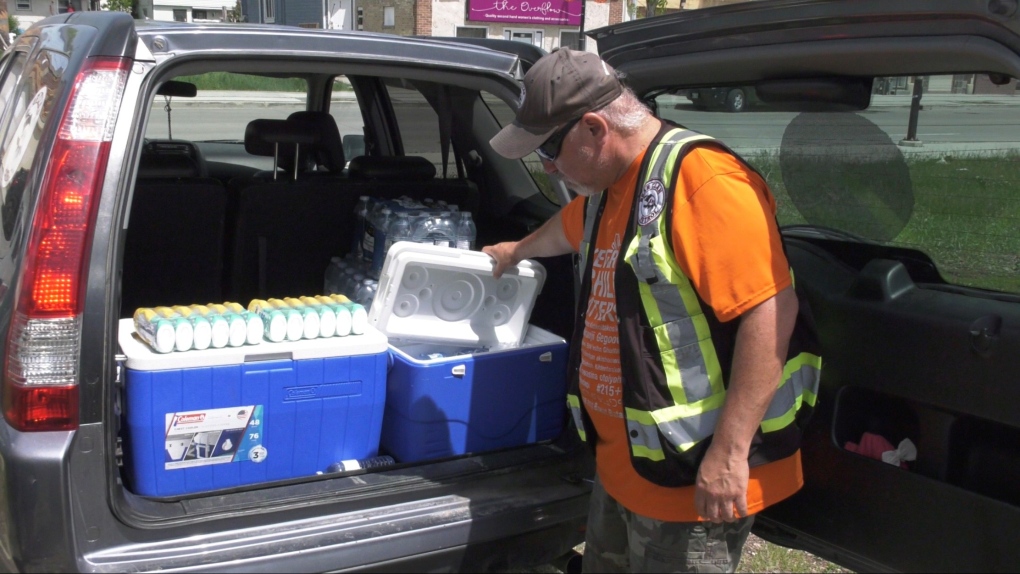 “It is super important. I think a lot of people are in vulnerable situations in the heat right now,” he said.

“People are in desperate survival mode and sometimes a bottle of water or a sandwich can make the difference in the day.”

The sweltering heat is expected to last into Monday and will ease slightly in the afternoon. The city said people can head to civic facilities during regular operating hours to cool off, or go to outdoor spray pads.

-with files from CTV’s Mason DePatie