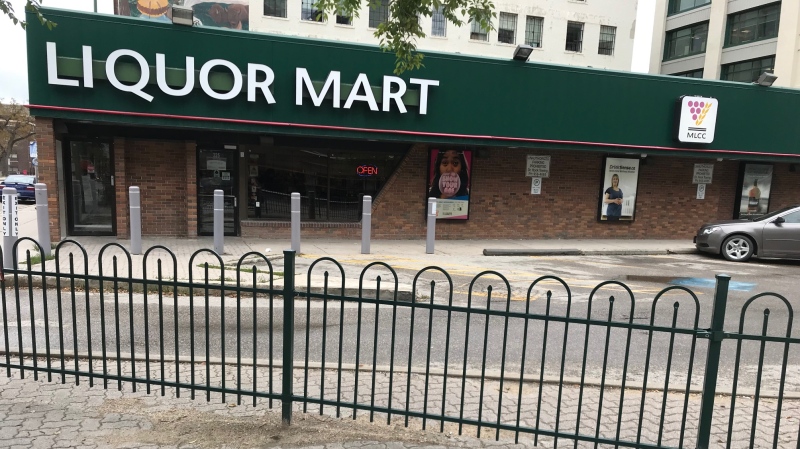 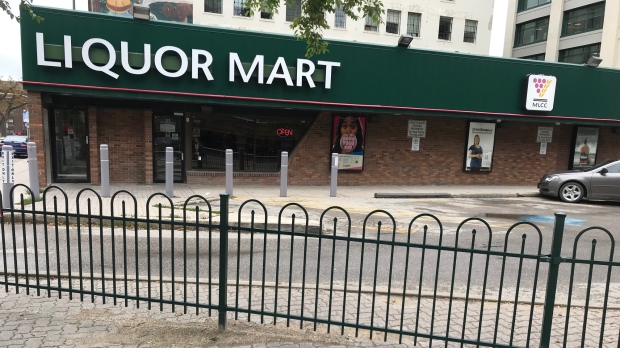 WINNIPEG — Closing the downtown Liquor Mart located at Ellice Avenue and Hargrave Street will do nothing to help people fight addictions without something in its place, according to one advocate.

Manitoba Liberal leader Dougald Lamont and Winnipeg Mayor Brian Bowman have both said they’re supportive of closing retail sales at the liquor store after the idea was brought forward by local businesses.

The concern stems from the high number of bottles sold at the store of a low-priced brand of sherry which contains a high concentration of alcohol.

Manitoba Liquor & Lotteries said 32,947 bottles of economy sherry were sold from the Ellice & Hargrave location in 2018 — the top product sold at the store.

A spokesperson from mayor’s office issued the following statement: “I can confirm that Mayor Bowman supports closing retail sales at the Ellice Street Liquor Mart but it was an idea that was brought forward by local businesses. It is an idea that has been raised with the mayor a number of times in discussions about how to help our downtown.”

Critics of the idea said people will easily find booze or other, more harmful substances elsewhere.

“We long ago suggested a controlled liquor distribution and managed-alcohol program in our facility,” said Lees.

Lamont acknowledged the closure of the liquor store alone without replacing it with a treatment facility won’t help people living with addiction, but he’s still supportive of shutting down the location.

“We need to recognize that this particular Liquor Mart is playing a role, I think, in making the situation worse,” said Lamont. “They’re fuelling a fire.”

In an emailed statement, MLL said closing the store or removing the brand of sherry from the shelves won’t address the root causes of addiction.

“If removing economy sherry products from the shelves would stop high-risk drinkers from overconsuming alcohol, we would strongly consider taking this measure,” the MLL statement reads. “The customers who usually buy economy sherries will buy a different product, or go to another store, or to a beer vendor or bar. In the worst cases they will look to consume non-potable products such as hairspray or mouthwash or hand sanitizer with far more harmful effects.”

“There is a serious risk of profiling customers because of assumptions made about their socio-economic background or what they purchase,” MLL said. “That’s why we train our staff to identify signs of intoxication at the time of purchase, rather than who they are, where they shop or what they are buying. If a customer appears to be intoxicated at the time of purchase, the Liquor Mart will refuse to serve the customer.”