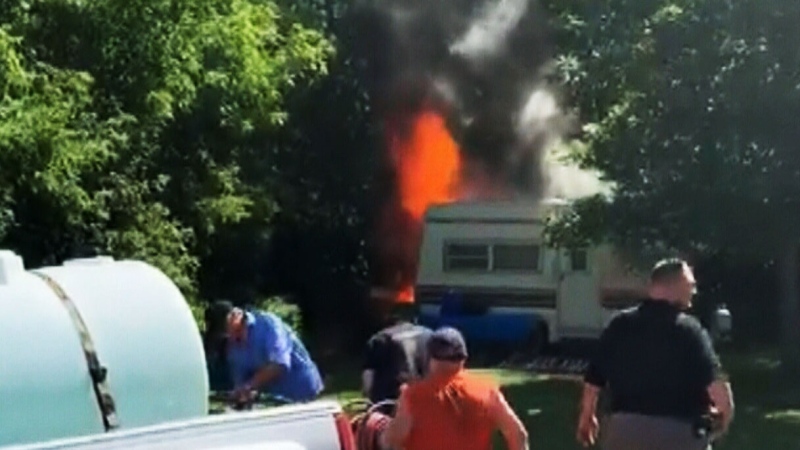 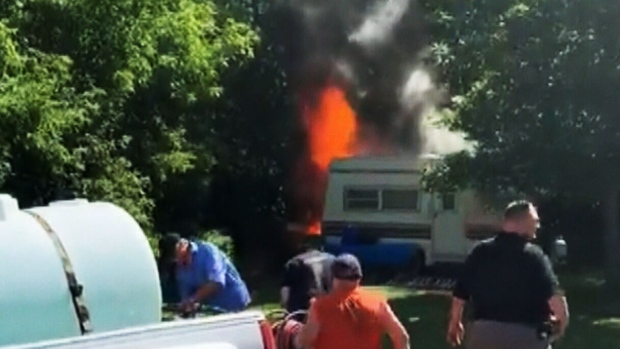 A barbeque left unattended caused a camper to catch fire at the Dauphin’s Countryfest campground on Thursday.

No one was injured in the fire and organizers say it could have been a lot worse.

A video posted to Facebook captured the moment flames broke out.

Ransom said they were lucky the propane tank didn’t ignite, and the water delivery crew was close by.

Crew members sprang into action and doused the fire with water hoses. Dauphin fire crews arrived within minutes to help put out the flames.

Ransom said the camper was damaged, but thankfully no one was hurt.