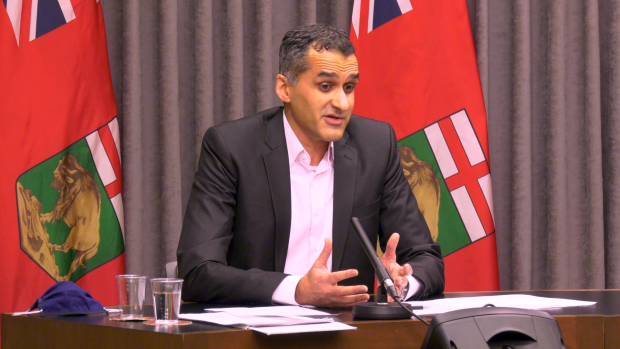 WINNIPEG — Manitoba’s COVID-19 cases have broken 500 – among the highest daily totals the province has seen in the pandemic.

The province said 502 cases were reported on Friday, with 389 of these cases identified in Winnipeg. The city has the highest number of active cases in the province with 1,991 active cases as of Friday, and a five-day test positivity rate of 11.3 per cent.

The last time more than 500 cases were reported in Manitoba during a single day was on November 23, 2020, when 546 cases were announced.

The other cases reported on Friday include:

The provincial five-day test positivity rate is now 9.6 per cent, with Friday’s cases bringing Manitoba’s total to 40,940. This includes 2,989 active cases and 36,964 recoveries. Four cases were removed from the total due to a data correction.

The province also reported another death linked to COVID-19. This was a man in his 50s from the Southern Health region.

The province said this brings the total number of COVID-19 deaths in Manitoba to 987.

The province said 56 COVID-19 patients are in ICU as of Friday.