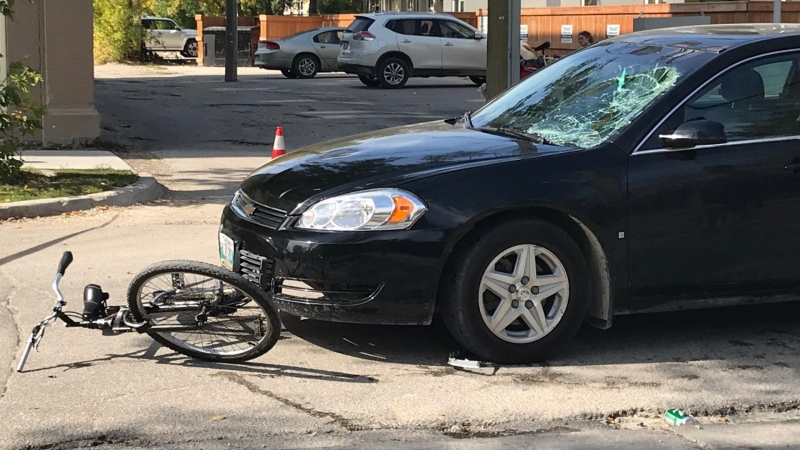 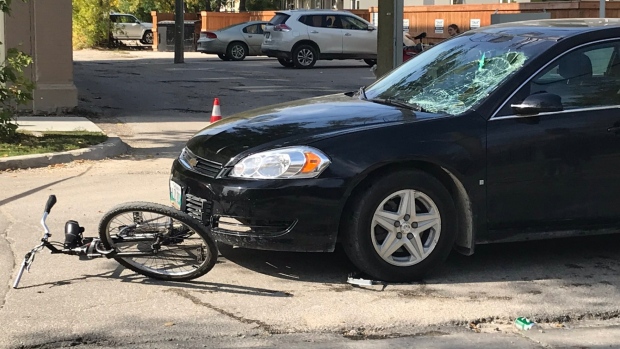 Police said one person was taken to hospital in unstable condition following a crash Tuesday afternoon in the North End.

It happened on Andrews Street between Selkirk Avenue and Pritchard Avenue, where a black car could be seen stopped with a bicycle near its front bumper and large, web-like cracks in its windshield.

The driver of the car, a woman, stayed at the scene and was being interviewed by police.

-With a file from CTV’s Josh Crabb