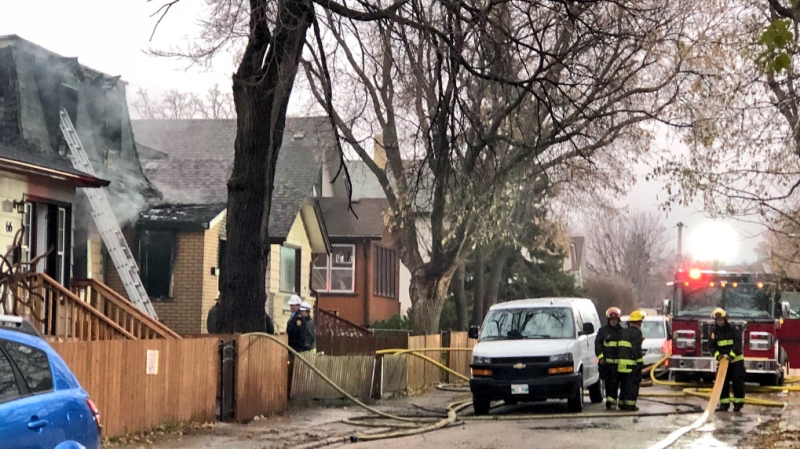 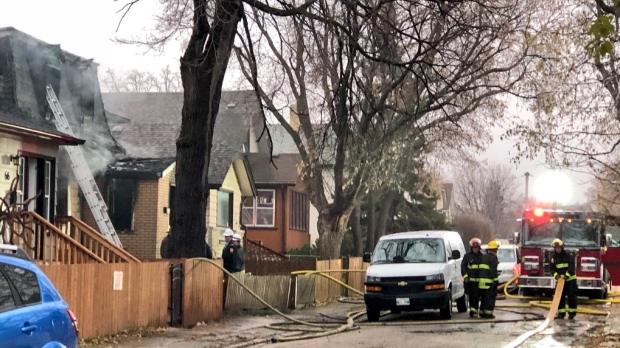 Both fire and police are investigating after two people died in a house fire in North Point Douglas early Friday morning.

The City of Winnipeg said the call came in around 2:15 a.m. for a blaze in the 100 block of Prince Edward Street.

Winnipeg Fire Paramedic Service assistant chief Ihor Holowczynsky said firefighters were forced to launch a defensive attack upon arriving, because the home was fully engulfed in flames and unsafe to enter.

“There was fire out of every window and door when they arrived,” said Holowczynsky.

On Friday afternoon, Const. Jay Murray with the Winnipeg Police Service said it was members of an extended family staying in the home, but officials aren’t identifying the two victims at this time.

On Sunday, Winnipeg police said the cause of the fire is not believed to be criminal.

Meanwhile, members of the community are reeling over the loss.

One woman told CTV news she knew the family and called 911 after her son woke her up to tell her their friends’ home one street over was on fire.

She went on to say that she and her husband ran out into the street, calling out to the people inside and trying to break windows.

She said two people managed to escape by jumping out windows onto her husband’s back, but that her young daughter’s friend was killed in the fire.

“They’re a quiet family. They’re close. And now the family is kind of broken right now,” she said.

There were four other small fires set in Point Douglas about two hours later, according to police.

Police said they had someone in custody regarding those four fires, but said it would be premature to make any link between the minor fires and the fatal one on Prince Edward Street.