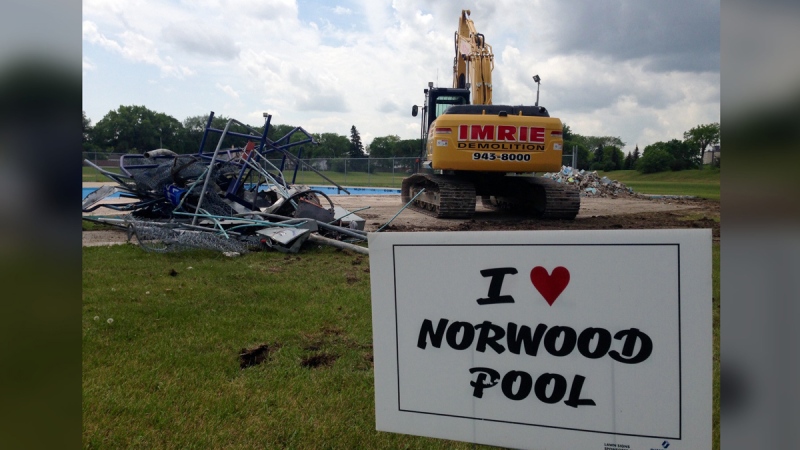 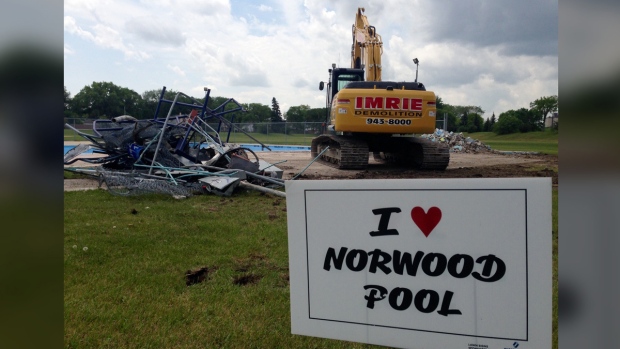 Demolition is well-underway on a decades-old outdoor pool in St. Boniface, in spite of an outcry in the community.

The decision to demolish the Norwood Pool came after a January 2019 city report recommended shutting it down, because the tank was deteriorating and would require concrete repairs every spring, ranging in annual costs of $30,000 to $50,000.

The report also noted that “complete failure” of the pool was expected within a few years.

“Continued investment in the existing Norwood Outdoor Pool is not recommended given the condition of the asset, the ongoing ground water issue, and the significant infrastructure deficit facing recreation facilities across the city,” the report said.

The demolition did not sit well with everyone.

A number of people in the area have actively tried to save the pool through the creation of a Facebook group, and by attending committee meetings and hosting rallies.

Advocate Monique Lacoste told CTV News in February that other options could be found to save the pool.

“Buy us some time, let us find some answers,” Lacoste said.

“We’re going to do everything we can until the very end.”

St. Boniface Coun. Matt Allard said in a statement, “There was no viable path forward to permanently repair the pool to keep the pool safe and operational due to the groundwater problem.”

“This has been a difficult time for the Norwood West community,” he said, adding that the pool’s closure “brought on a great deal of emotion and sadness for many.”