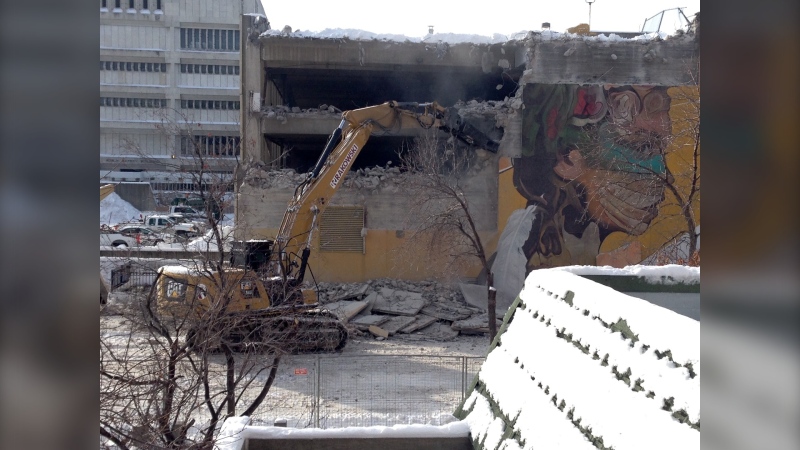 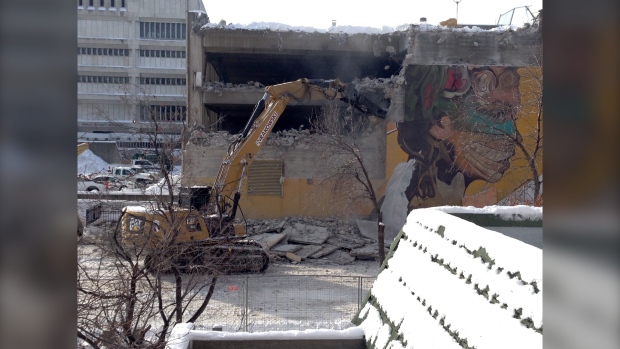 WINNIPEG — The City of Winnipeg has officially begun to tear down the former police headquarters — the Public Safety Building — and the adjacent car park.

On Tuesday, Jan. 21, demolition crews could be seen using an excavator to take down the parkade, after city council made the decision to demolish the building and the Civic Centre Car Park in April 2016.

Council has approved a new mixed-use development called Market Lands to go up at the site in Winnipeg’s Exchange District. This development is set to include shops, a creative hub, affordable housing and a private sector area with offices.

According to the city, crews have been working on hazardous materials abatement and demolition since the fall. Exterior demolition began this month and the work is expected to be complete by September.

The city said it’s hoping to re-use or recycle 95 per cent of the building and site materials, such as limestone, concrete and metal.

Winnipeggers can watch a livestream of the demolition on Youtube. The camera is set up on the Susan A. Thompson building and shows the Public Safety Building and Civic Cenrtre Car Park facing west.

CentreVenture, downtown Winnipeg’s development agency, is in charge of the redevelopment process, along with the city’s planning, property and development department.