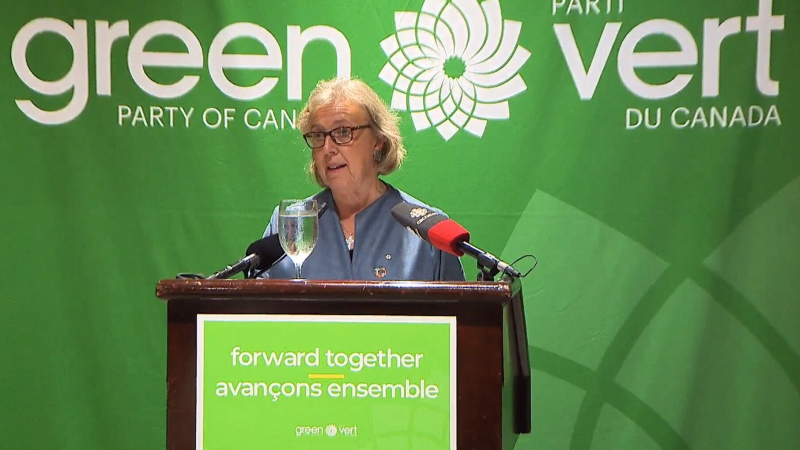 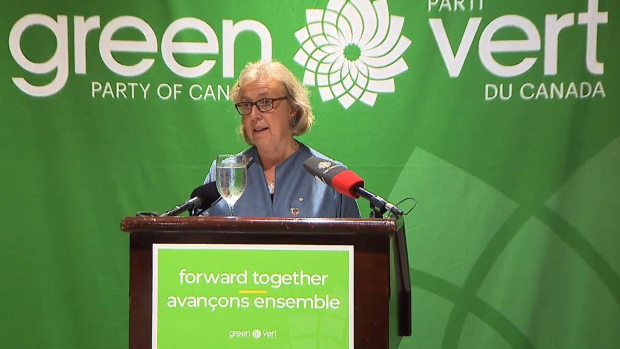 Could decriminalizing illegal drugs in Canada be the pathway to reducing addiction levels and fatal overdoses?

It’s a strategy that has worked in Portugal, and now Green Party leader Elizabeth May is promising that, if elected in October, she will implement it in Canada.

She says Canada’s opioid crisis is not a small issue, but a “national health emergency.”

The plan to decriminalize all drugs was included in the Green Party’s platform, released Monday, but May repeated the promise Saturday on the campaign trail.

“It’s hard to stand up as a national party leader and say it’s time to decriminalize all illicit drugs,” May said. “It’s what we have to do.”

The Greens have vowed that, if elected, they would declare the opioid crisis a national health emergency, increase supports for mental health and addiction, boost funding to community-based organizations that support drug users, and test drugs to make sure they are not laced with even more dangerous substances.

The party emphasized in a statement that fentanyl finding its way into other drugs means that “many of the reported deaths are actually poisonings, not overdoses.”

“We have to take emergency steps in an emergency situation, and it’s far too dangerous to allow people, whether they’re living on the streets or living at home with their parents … to have illicit drugs that are not thoroughly screened for fentanyl contamination,” May said.

The party also pledged to ensure that Naloxone kits are more readily available in communities to treat overdoses.

Opioid overdose and addiction are ongoing issues in Canada. Between January 2016 and September 2018, more than 10,000 Canadians died of opioid-related overdoses, according to the Public Health Agency of Canada.

WHERE OTHER PARTIES STAND

May isn’t the only leader to suggest decriminalization.

NDP Leader Jagmeet Singh highlighted his intention to decriminalize illegal drugs in 2017 while campaigning for the leadership of the NDP party.

The NDP’s list of 2019 election commitments includes declaring a public health emergency and working “to end the criminalization and stigma of drug addiction.”

Liberal Leader Justin Trudeau has said that decriminalization is not something he’s considering as a way to confront the opioid crisis, despite pressure from some members of his own party.

Liberal supporters at a convention in Halifax last April pushed the party to adopt a resolution calling on the government to decriminalize drugs. However, the resolution failed.

At the time, Health Minister Ginette Petitpas Taylor said that the model may not work for a country of Canada’s size.

Conservative Leader Andrew Scheer has in the past expressed his opposition to decriminalization.

Many opponents to decriminalization worry that such measures could encourage more drug use and ultimately lead to more drug-related deaths.

But that’s not what happened in Portugal when they enacted legislation 18 years ago.

The European country decriminalized possession and consumption of all drugs in 2001. Since then, drug-related overdoses have dropped significantly, as well as HIV and hepatitis infections. Drug-related court cases dropped 66 per cent between 2000 and 2008.

But users don’t bear the brunt of jail time. Instead, they are given help for addiction. Drug users are automatically sent to counselling and offered access to treatment, although they do face administrative fines for being caught with drugs on their person.

“There hasn’t been a lot of media attention about (Portugal’s decriminalization) but far from being a disaster, it seems to have actually had a significant impact in reducing the number of Portugese that are addicted to hard drugs,” Geoghegan told CTV News Channel.

Canadian medical officials have chimed in numerous times to advise this route. In the summer of 2018, public health officials in Toronto and Montreal said they were in favour of decriminalization.

Supporters say that decriminalization does not treat drug users as criminals but as vulnerable members of society in need of help.

That sentiment was echoed in the Green Party’s statement on Saturday.

“The opioid crisis is a national tragedy that is devastating communities and families across Canada,” May said in the statement. “We have to abandon old notions of the ‘war on drugs’ and join the battle that really matters – the fight to save Canadian lives.”