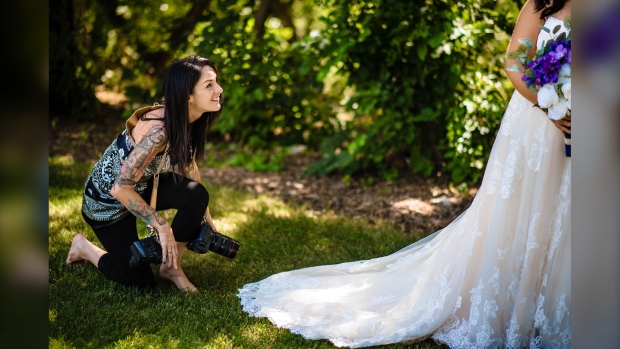 WINNIPEG — Many local home-based businesses say they’re grateful many can now access funding through Manitoba’s Bridge Grant Program but say it’s also left them confused, fearful, and frustrated while leaving others falling through the cracks.

On Tuesday, Premier Brian Pallister announced artists, photographers and other home-based businesses without a retail store would be eligible for funding through Manitoba’s expanded Bridge Grant Program starting Wednesday.

The provincial government first launched the program after Winnipeg entered Code-Red restrictions that forced all non-essential businesses to close in November.

Eligible full-time, permanent home-based business owners can now apply for a grant worth 10 per cent of their 2019 revenues, up to $5,000, until December 31.

For new businesses launched in 2020, the Manitoba government will determine the grant based on gross income earned since the start of the year.

“While appreciative our voices were heard, the majority of us remain confused and fearful,” said Emily Wood, owner of Stardust Photography.

“I’m trying to be very grateful about it because there are so many more businesses that are eligible for some type of funding now,” said Wiebe in a recent phone interview.

Despite this, she says it feels like “a slap in the face” for some business owners all over again.

Both Wiebe and Wood said the 10 per cent cap has left many small businesses feeling short-changed since other businesses in the first intake were given a flat amount of $5,000.

The new limit suggests home-based businesses aren’t as deserving or legitimate as those with retail locations, said Wiebe.

“Why does it matter how much we made last year? Why the difference in our industry?” said Wood. “When things open back up again, a retail store can go back to business as usual, whereas it will be far from it for the wedding industry.”

Many people who may not have worked in 2019 due to a death in the family, illness, or maternity leave won’t receive much funding either, the owners said.

“It feels like they’re making it even harder for the very small businesses, and we just kind of feel bullied,” said Wiebe.

Some of the confusion surrounding the second stream of eligibility requirements stems from the meaning of “full-time work.”

“Many of us put hours upon hours into an event ahead of time and after the event itself in order to fully deliver a service, but those hours are rarely linear,” said Wood. “Could they not have said, ‘primary source of income?’”

She also said people in the wedding industry have received different responses since applying to the first intake: the provincial government has approved some that were denied at first and asked others to pay back funds they’ve already received and apply again for the second intake.

Wood received confirmation from the provincial government that she was approved for $5,000 in late November after it initially denied her application.

Wood said she’s called the provincial government to ask for clarification but got an automated response saying it would contact her in seven to 10 days.

“The majority of our industry is scared to touch what we have received for fear they will find a way of clawing it back,” said Wood.

“We’re all very concerned. Do we have to repay that and then receive less?” said Wiebe, who also eventually received funding in the first intake. “Overall (I’m) trying to be grateful, but still being aware that this still feels like it’s not the best situation.”