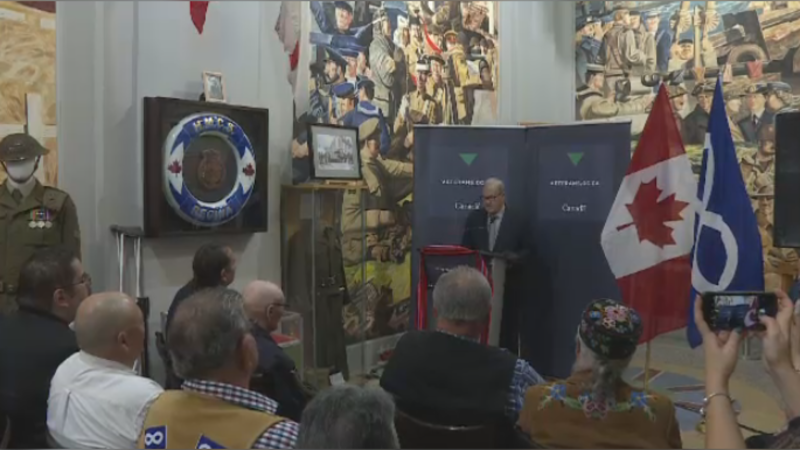 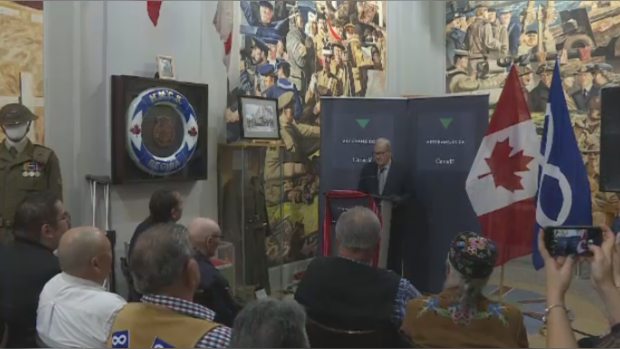 It was an apology almost 75 years in the making.

“We wanted to indicate that we were certainly sorry that the programs that were put in place, as I indicated when I spoke, after the Second World War did not meet the needs of the Métis veteran, and that is so unfortunate,” he said.

David Chartrand, Métis Nation’s minister responsible for veterans and president of the Manitoba Métis Federation has been working towards a statement like this for the last 20 years.

In June, years of lobbying and negotiations resulted in the $30-million Métis Veterans Recognition Payment Contribution Agreement, which will see Métis veterans receive $20,000 each. The remaining funds will go to families and a Métis legacy fund.

“For the Métis people, for this apology, and the remuneration for the veterans that came back and were given nothing, it’s huge,” said Devin Beaudry, Manitoba director for the Aboriginal Veterans Autochtones.

But Beaudry believes more is needed.

Both Beaudry and Chartrand think this apology is a big step towards reconciliation for the Métis people.

“I think now this reconciliation will really begin to roll itself into the families, into the children, to say finally our veterans can rest in peace,” said Chartrand. “Those that have left us can know that justice was done in this country. And they may have waited 75 years, but it’s here.”

Chartrand says they know of about a dozen Métis veterans that will qualify, and that he expects as many as 50 could come forward, leaving the majority of the $30-million to the legacy fund.