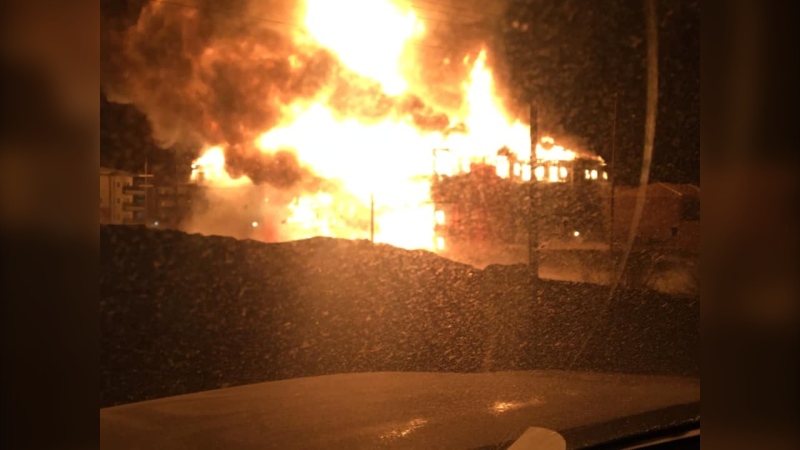 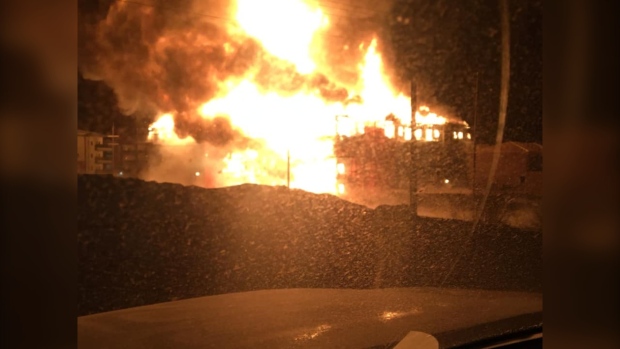 WINNIPEG — The Winnipeg Fire Paramedic Service responded to a fire in a four-storey apartment building around 5:48 a.m. on Feb. 16.

The building on Philip Lee Drive in Winnipeg’s west Transcona neighbourhood was under construction when the blaze started.

Upon arrival on scene, crews found one of the buildings in the new complex completely engulfed in flames

Firefighters launched a defensive attack, with crews working to protect the neighbouring condo buildings and nearby residences.

The fire was declared under control at 7:27 a.m., but crews are remaining on scene to extinguishing hot spots.

WFPS says neighbouring residences were evacuated as a precaution, and Winnipeg Transit buses were called in to provide shelter for the displaced residents. No injuries were reported.

According to WFPS, the fire impacted Manitoba Hydro infrastructure. As a result, approximately 4,000 customers in the area were without power.

The cause of the fire is under investigation, and no damage estimates are available at this time.

-This is a developing story — more details to come.