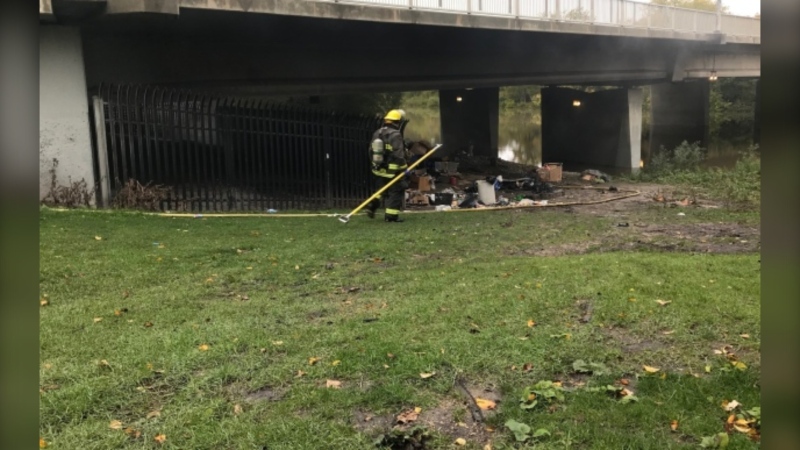 A tent city went up in flames under the Osborne bridge near Manitoba’s Legislative Building on Wednesday morning.

People who were in the tent told CTV News Winnipeg the fire was caused by a candle.

Crews are on scene, and Osborne is down to one lane of traffic.

Pictures from the fire show a large cloud of smoke hanging above traffic in the area.

There were know injuries reported.