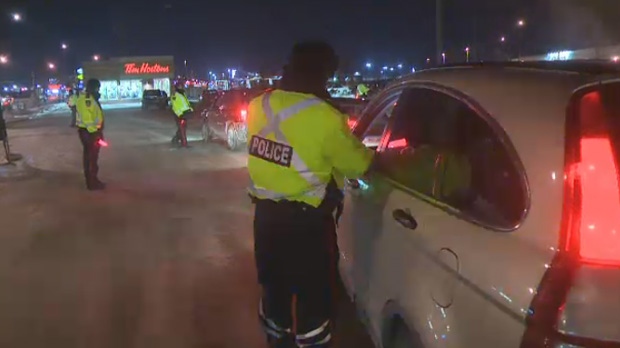 In the first week of the Winnipeg Police Service’s festive season check stop program they stopped a total of 1602 cars, which led to five impaired driving-related charges.

Police said between Dec. 1 to 7 the checkstops also resulted in:

Police warn residents that if they are under the influence of alcohol or drugs, including cannabis, then they should not get behind the wheel of the car. They said in preparation for cannabis legalization they trained more officers to detect and arrest drivers who are drug impaired.

Winnipeg drivers can expect to see more officers on the streets until the end of the month, as the checkstop program continues until New Year’s Eve.