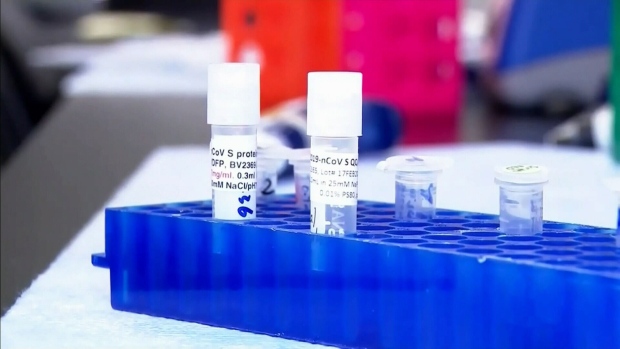 WINNIPEG — The death toll from COVID-19 in Manitoba continues to climb as five new deaths were reported Thursday.

The province also added another 360 new COVID-19 cases, but five previously announced cases were removed due to a data correction.

Winnipeg had 220 of the new cases and a five-day test positivity rate of 13.2 per cent.

The hospital count in Manitoba is 212 people with active COVID-19, including 45 people in intensive care. Another 85 people still need care even though they are no longer infectious, including 23 people in ICU.

There have been 11,783 variant of concern cases in Manitoba.The majority of variant cases are unspecified with 6,491.

There are currently 2,571 active variant cases and 79 people have died linked to variants.