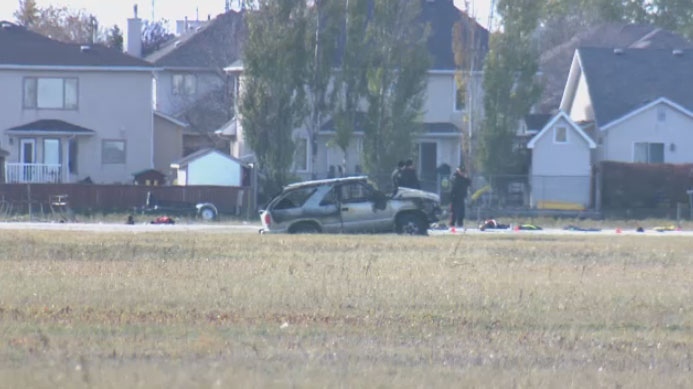 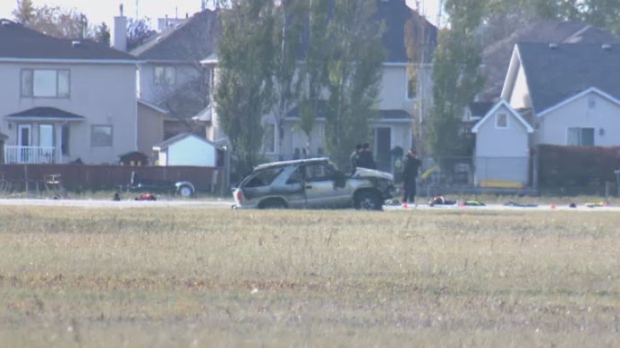 A single vehicle crash near Plessis Road and Dawson Road South sent five people to hospital Friday afternoon, including one person who was transported by helicopter in critical condition.

Another person was taken to hospital in critical condition by ambulance, said a news release from the city, another two were taken in unstable condition and one person in stable. Three people remain hospitalized all in stable condition.

Everyone involve din the crash was under the age of 18.

The city said it happened shortly before 2 p.m., and the damaged vehicle caught fire.

The cause of the crash is under investigation by Winnipeg Police. No charges have been laid..