STEINBACH, MAN., — Family and coworkers are remembering a 24-year-old pilot and flight instructor who drowned Friday while out for a swim.

He was one of three people to die in three separate drownings that occurred in the province in one day.

The man’s brother in New York has identified Sandeep Bandaru of Steinbach, Man., as the victim of a drowning at Reynolds Pond northeast of Richer.

“I was always proud and when we got the news he drowned I was like there’s no way, there’s no way Sandeep could drown because he’s such an excellent swimmer,” Sanjay Bandaru said in a Zoom interview.

Sanjay said Sandeep moved to Canada to become a pilot.

He trained at Harv’s Air just south of Steinbach. Operations manager Adam Penner said Sandeep was working to become a commercial airline pilot but because of COVID-19 he stayed in Steinbach to work as a flight instructor.

“He had clear goals. He was a very friendly individual.”

He said Sandeep was out swimming with coworkers on a hot evening after work when the drowning occurred. 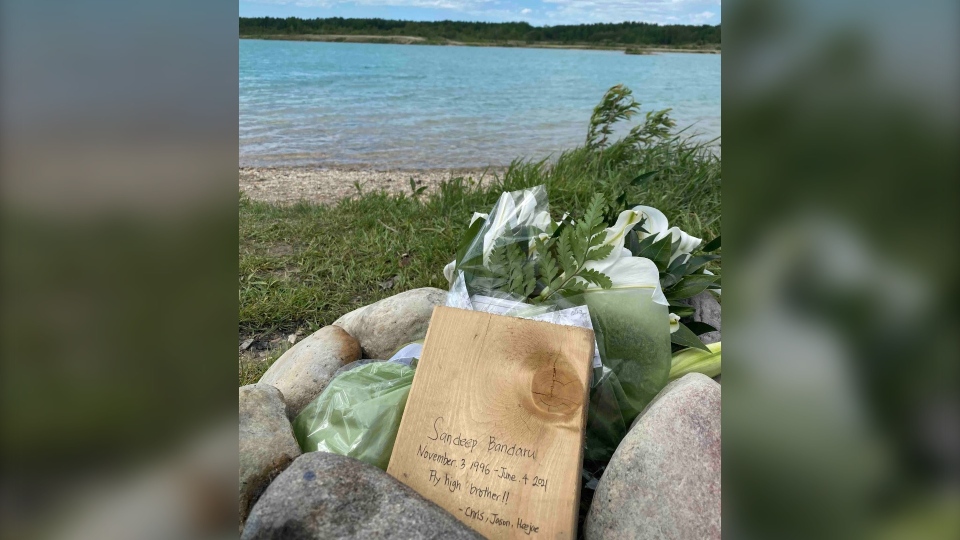 According to RCMP, officers were called to Reynolds Pond around 7 p.m. Friday. Police said Sandeep attempted to swim to an island about 100 yards from shore but turned back, went under water and didn’t resurface.

Sandeep was one of three people who drowned in Manitoba on Friday alone.

“Having three in one day is not something we see very often in the province of Manitoba,” said Christopher Love, Water Smart and safety management coordinator with the Lifesaving Society of Manitoba.

At around 3:30 p.m. along the Whitemouth River RCMP said a 39-year-old man slipped on rocks and fell into the flowing water near the Elma rapids.

Police said a bystander in a canoe got the man to shore but he died on scene.

Then just after 7 p.m. on Lake Manitoba at the Portage Diversion outlet, the RCMP said a 17-year-old boy slipped off a sandbar into deeper water and got pulled east of the diversion where he went under water. Officers said friends got him to shore and a bystander began CPR but the boy died on scene.

While he can’t comment on the specifics of each drowning, Love said people should familiarize themselves with conditions on the lakes and rivers they’re spending time at and remember water temperatures now are colder than they are during the summer months.

“And that water temperature will sap strength from you,” Love said. “It’ll stop your muscles from working properly the longer you’re in the water.”

Sanjay said he’s now working to get his brother home to India so their parents can see him one last time.

“I would just tell people to watch out,” Sanjay said. “Even though we are great at something there are instances where we cannot control.”

He hopes what happened will serve as a reminder for people to be extra cautious in and around bodies of water.