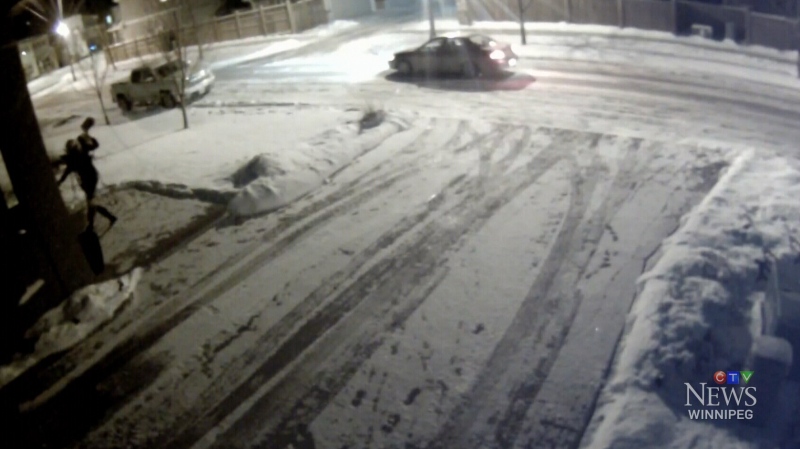 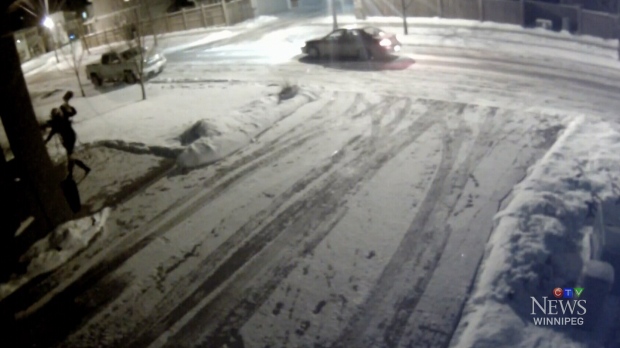 Just ahead of Christmas, some Winnipeggers say theft of decorations is putting a damper on their holiday spirit.

A CTV viewer in Sage Creek sent in video from Dec. 6 of a car pulling up to her home, someone getting out of the passenger side and running up her driveway, then proceeding to make off with part of her family’s Christmas display. The homeowner said the theft has been reported to Winnipeg police.

A number of people who live on the same block spoke about another home where part of a display was stolen, calling the thefts frustrating.

“It’s a great neighbourhood but this petty theft has got to go.”

Over in St. Boniface, resident Perry Blomquist also told CTV News he was frustrated by petty theft, explaining that someone stole light projectors he’d set up to shine snowflake shapes on his home.

“It’s senseless. They’re not worth anything, but to my kids it made them happy,” said Blomquist.

Blomquist said he’d secured the projectors to his extension cords with multiple zip ties in hopes of deterring thieves, but was discouraged to find both the wires and extension cords cut early Tuesday morning.

He said he’s left wondering what motivated someone to put so much effort into stealing something he estimated would have a resale value of no more than $5.

Beyond security cameras to catch culprits in the act and asking neighbours to keep an eye out, Winnipeg police said it’s difficult for homeowners to prevent such theft.

A police spokesperson said they do receive a few reports every season of decorations being stolen and destroyed, but said it wasn’t a common occurrence.