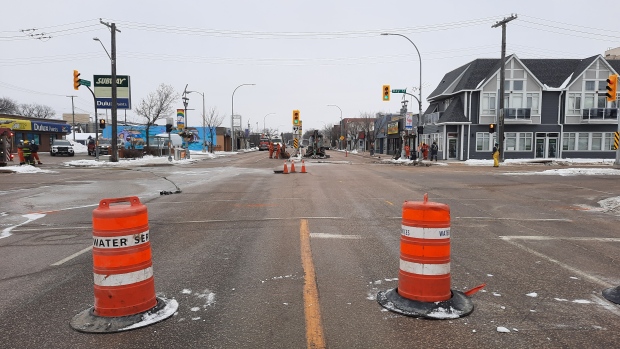 According to a tweet from the City of Winnipeg, Manitoba Hydro was called in to deal with the situation.

Manitoba Hydro said all of the gas was venting safely to atmosphere and no evacuations were necessary.

In a tweet, the Crown corporation said crews were working on a fix.

Confirming a gas leak at the corner of Regent Ave East and Day St in #transcona in #winnipeg. All gas is venting safely to atmosphere and no evacuations were necessary. Crews are working now to dig into the concrete and fix the line. No estimated time on a fix yet. https://t.co/QI6shA1ngT

People were advised to avoid the area of Regent Avenue East near Day Street.