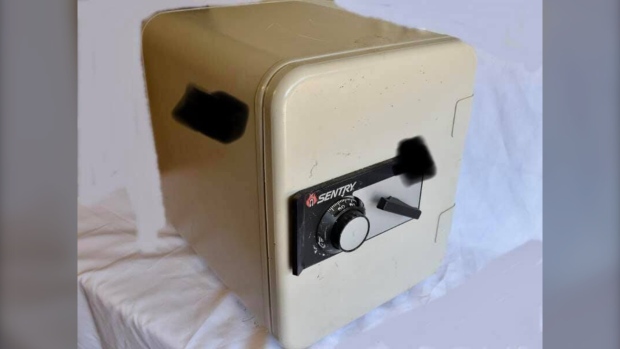 WINNIPEG — A Winnipeg woman has been left heartbroken after a safe filled with mementos of her daughter, who passed away 28 years ago, was stolen from her home.

Among other items, a safe containing her late daughter’s belongings, including her bonnet, receiving blanket, photos, obituary and the coroner’s report, were taken.

Reeves said this incident has brought her back the entire 28 years.

“It brought me right back to when it first happened,” she said.

“The feeling of loss is unbelievable. The feel that she’s just not here, where she belongs, with me. Unbelievable. It’s very sad, heartbreaking.”

Reeves said the stolen items were all she had of her daughter’s belongings.

“It was never meant to be in the hands of other people,” she said.

“It’s just so private and so heartbreaking. She’s just supposed to be home with her mom.”

Reeves noted that all of the belongings inside the safe were wrapped up in a blue plastic bag to protect the items from any potential damage.