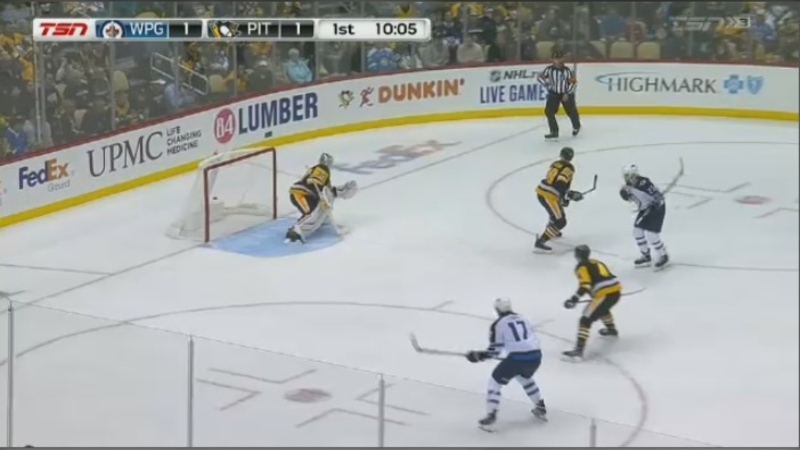 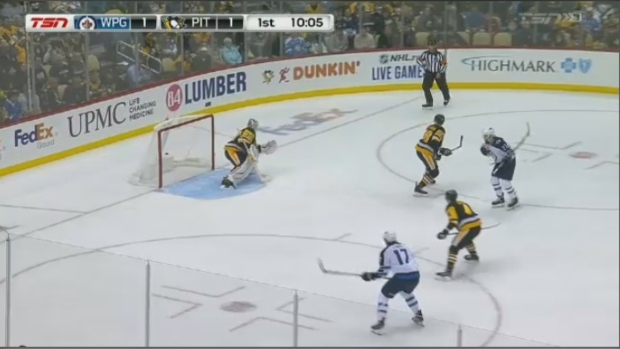 PITTSBURGH — Ville Heinola scored his first NHL goal to lead the Winnipeg Jets to a 4-1 victory over the Pittsburgh Penguins on Tuesday night.

The Jets got their first win in Pittsburgh since returning to the NHL as an expansion team in 2011. The Penguins previously won 18 consecutive home games against the Jets-Atlanta Thrashers franchise dating to March 24, 2007. Pittsburgh’s last loss against Winnipeg at home came on Dec. 27, 2006.

Tucker Poolman scored his second NHL goal and Neal Pionk his second of the season as three defencemen scored for an inexperienced Jets blueline, which combined for 350 career NHL games.

Nikolaj Ehlers scored his first of the season, while Patrik Laine and Mark Scheifele both had three assists for the Jets, who closed a season-opening, four-game road trip. Connor Hellebuyck made 36 saves in his second start of the season.

Sidney Crosby scored his first of the season and Matt Murray stopped 17 shots for Pittsburgh, which routed Columbus 7-2 on Saturday.

Jets defenceman Dmitry Kulikov was granted a personal leave of absence, while Josh Morrissey missed his second straight game after sustaining an upper body injury during warmups before Sunday’s loss at the New York Islanders.

The Jets played Tuesday without six defencemen from last season’s team, which lost to eventual Stanley Cup champion St. Louis in the first round of the playoffs. The list includes Kulikov and Morrissey, while Dustin Byfuglien remains away from the team on a personal leave. Winnipeg traded Jacob Trouba to the New York Rangers, while Tyler Myers and Ben Chiarot left in free agency.

Pittsburgh had injury troubles of its own as Evgeni Malkin and Nick Bjugstad were recently placed on injured reserve after leaving Saturday’s win against Columbus with lower body injuries. Penguins coach Mike Sullivan said both will be out long term. Patric Hornqvist also left Tuesday’s game with an undisclosed injury.

Crosby opened the scoring 32 seconds into the game. He was alone at the top of the crease when he redirected Jake Guentzel’s pass past Hellebuyck.

Heinola, the 20th overall pick in this year’s draft, scored his first NHL goal at 5:48 of the period. Heinola’s shot from the top of the left circle snuck underneath Murray’s glove to tie the game.

Ehlers gave Winnipeg a 2-1 lead less than five minutes later. He pounced on a turnover at Pittsburgh’s blue line and ripped a short-side wrist shot past a standing Murray.

Poolman put Winnipeg ahead 3-1 just 54 seconds into the second period with a blocker-side wrist shot from the slot.

Pionk made it 4-1 midway through the second when he poked a loose puck underneath Murray during a net-mouth scramble.