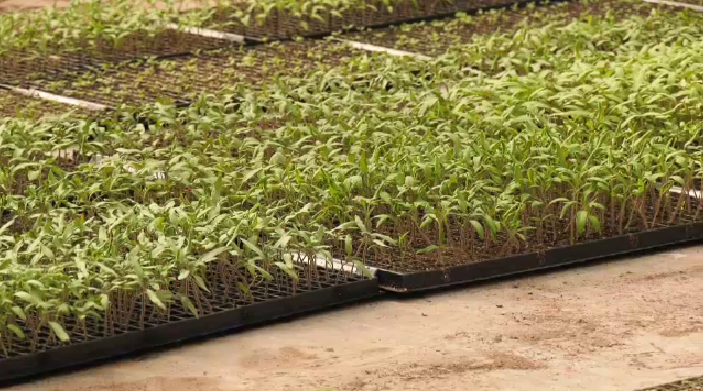 It sprouted as a pandemic trend, but now it’s grown into something much more important.

According to the 2022 food prices report put out earlier this year, vegetable prices are forecasted to increase between five to seven per cent.

Amid the rising grocery prices, gardening has gone from a relaxing pastime to a way to add some affordable produce in your fridge.

Among those trying to flex their green thumbs to save some green, is Collin Enquist, who was out buying groceries when CTV News talked to him.

“I think it’s something I’ve kind of started a little bit and something I’ll explore more now with the rising prices,” he said.

“The demand right now for a lot of seed selection is finding the seeds,” said Carla Hrycyna, co-owner of the garden centre. “We are starting to see certain varieties that are leaving our shelves early.”

Hrycyna said the idea of Manitobans growing their own food is nothing new.

“Gardens were one of the primary things that helped the homestead keep growing. I think we are starting to see maybe your homestead is now in the backyard or residential city gardens, not just the country farms,” she said.

Hrycyna noted that it’s also ‘Year of the garden’ in 2022, marking the 100th anniversary of Canada’s ornamental horticulture sector.

GROWING YOUR OWN VEGETABLES

According to Manitoba Horticultural Association President Linda Wall, growing your own food doesn’t have to be difficult or take up much space.

Wall says all it takes to grow some vegetables is a pot and some soil near a window.

“In a pot you can grow lettuce, onions, herbs. Herbs are a big one for me because you can’t get them fresh in the winter.”

Using just an old container, Wall sprouts lentils, peas and beans bought from the grocery store as a cheap alternative.

“In three yogurt containers, I was able to grow enough lettuce to feed two. We had salads three times a week off our windowsill,” said Wall

Wall recommends using a grow light on your plants if it is in a spot where it doesn’t receive a lot of sun.

No matter the experience level, Wall says people should try to garden and encourages folks to ask as many questions as needed.

“Don’t be afraid to call,” said Wall. “Gardeners love to give advice, reach out.”