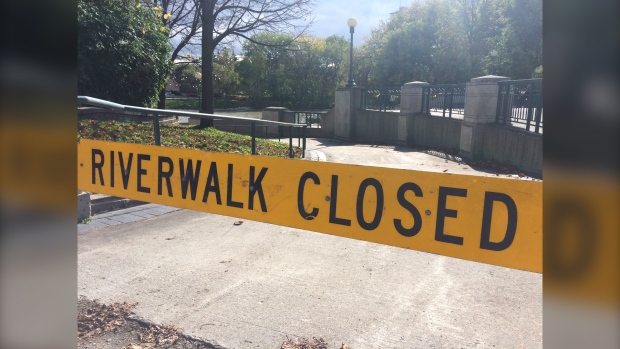 WINNIPEG — The city was forced to close part of the downtown Riverwalk due to rising waters.

The walkway is now closed between the Donald Street Bridge and the Manitoba Legislative Building.

The city says it has put up barricades and has taken the lights down.

People are asked to avoid the area due to high water.