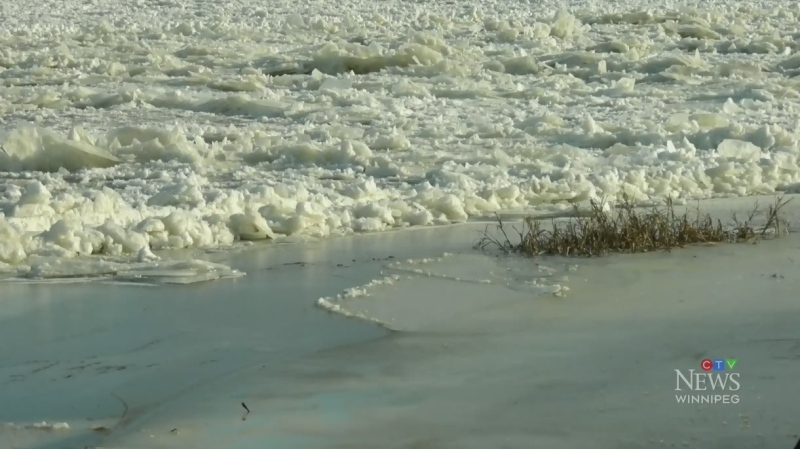 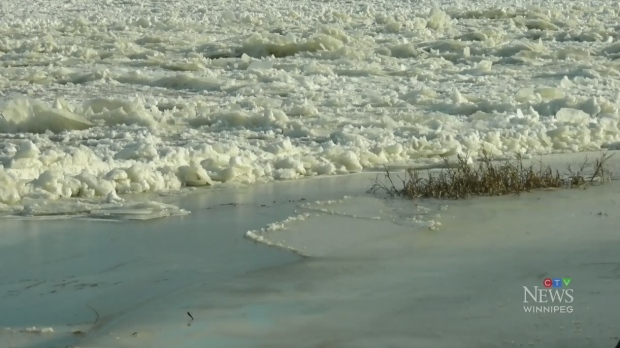 RM OF ST. ANDREWS — By the look of the Red River in the RM of St. Andrews, you would think it was the end of winter, not the start of it.

“This is like spring. April weather, not November,” said RM of St. Andrews Mayor Joy Sul. “We’re just what, six weeks, six weeks away from Christmas? This is totally unprecedented.”

River levels this fall have been much higher than normal, and the river also froze over faster than usual. Plus, a mix of snow earlier this week created frazil ice. This perfect storm lead to an ice jam Wednesday between Netley Creek and McIvor Lane North.

“The Red River increased to such a degree that it was threatening properties,” said Jim Stinson, the RM’s municipal emergency coordinator.

Stinson said initially it looked like several hundred homes could have been impacted by potential flooding if the water levels rose above the dikes in the Netley Creek area. However, he said at this point it appears only 15 to 20 homes could be at risk.

Stinson said crews have been closely monitoring the situation, and have been making the rounds to check on properties and river levels from 6 a.m. to midnight daily.

“No water had come into anybody’s properties, no one needed to be evacuated,” said Stinson. “One person’s driveway had about two, three inches over top of it.” Stinson added that the property owner had the tools to deal with it, as they’d been through flooding before — just not in the fall like this.

Water levels started dropping Wednesday night, but with slightly warmer conditions in the forecast the community remains on alert.

“We’re not saying we’re out of the woods yet, but it is going in the right direction,” said Stinson.

The RM is keeping an eye on daily conditions, but Sul worries about what lies ahead.

“It looks like we’re going to be in for a very bad spring, because the water’s never been this high in the fall,” Sul said.

The RM has 3,000 sandbags already made up for anyone who needs them. Stinson said they’re made using salt sand, which doesn’t freeze like regular sand.

Property owners can swing by the RM office to pick a couple hundred bags, or if they need more they can fill some up some themselves at the sand pile.