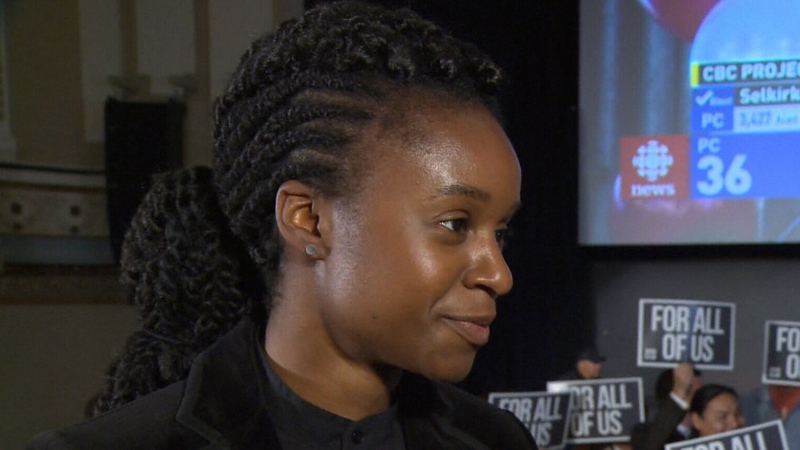 TORONTO — A trio of black MLAs has made history by winning seats in the Manitoba Legislature –a first in the province’s 150-year record.

NDP’s Uzoma Asagwara, a psychiatric nurse and community activist, was announced as the winner of Manitoba’s Union Station riding Tuesday, making Asagwara the first black, queer woman in the legislature.

“This is a historic moment for our team and our communities,” Asagwara said to CTV News Winnipeg Tuesday evening.

Asagwara said that being one of the first black MLAs elected in Manitoba was “wonderful…incredible,” and a “sign that folks are really making sure that our elected officials reflect the communities they serve.”

Jamie Moses, who is the president of the Open Access Resource centre, a non-profit that assists adults and children with speech impediments with access to communication devices, was elected as the NDP MLA in St. Vidal riding.

Audrey Gordon, director of strategic initiatives with the Winnipeg Regional Health Authority’s Home Care Program and a 25-year veteran of the Manitoba government, won the Southdale riding seat for the Progressive Conservatives.

Thank you Southdale for all your votes, confidence and trust in me to be your MLA. The only thing better than today in Manitoba is tomorrow in Manitoba! #mbpoli